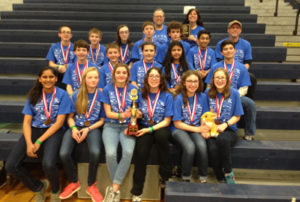 The competition tests students in STEM topics such as astronomy, biology, chemistry, engineering and mathematics.

Only 35 schools qualified for the state championships out of more than 230 from across New York State. Goff qualified by winning the regional tournament in March for the sixth straight year.

Goff will be an alternate team for the National Competition. 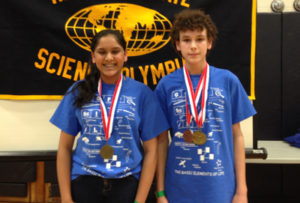 Reach for the Stars
5th – Kelly Nagel and Connor See