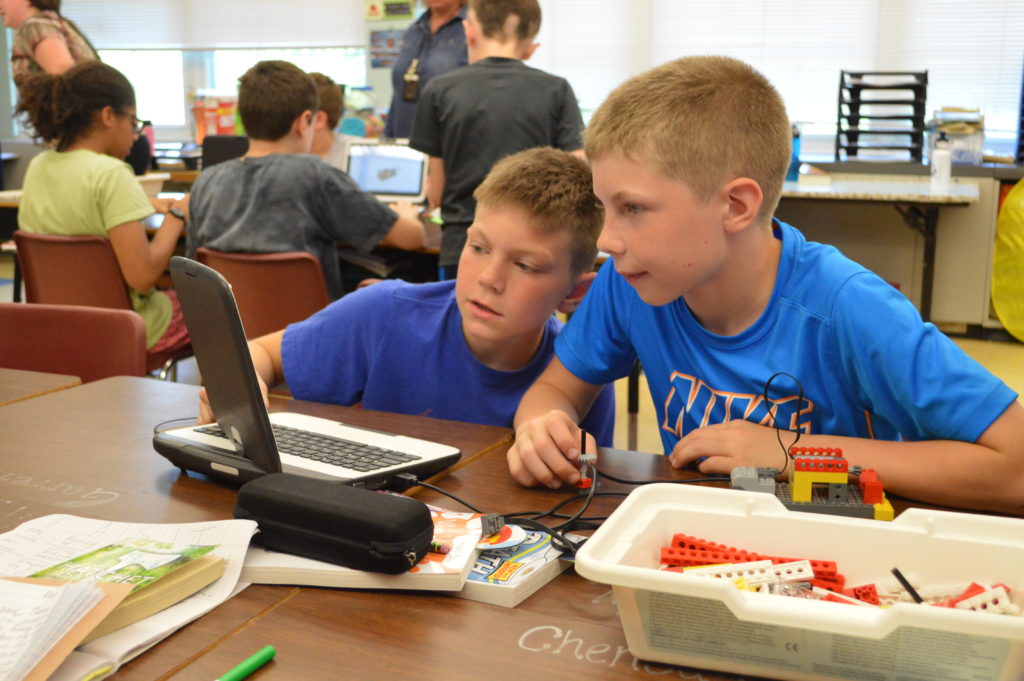 Students in Jennifer Adams’ fifth grade class at Donald P. Sutherland Elementary School teamed up in small groups Monday to build robots. They assembled and programmed an airplane with a moving propeller, an alligator that opened and closed its jaws, a leg that swung its foot and a monkey that drummed its arms using LEGO kits and laptops.

After the robots came alive to move and make sounds, the students wrote short stories about their creations and presented them to the class. 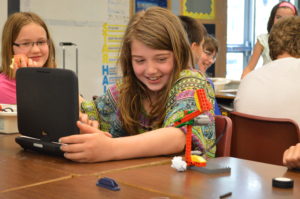 Every class in DPS experienced the robotics program during the last six weeks.

“It was an impressive program for all of our students in kindergarten through grade five,” said DPS Principal Jack Alvey. “Our boys and girls truly enjoyed being introduced to robotics, engineering and programming utilizing LEGO blocks and laptops provided through Cornell Cooperative Extension.”