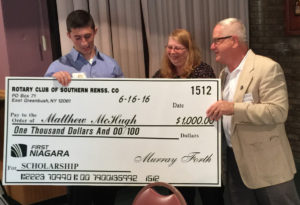 McHugh, who will major in biology at Siena College in the fall, was nominated based on academic, civic and extracurricular achievements.