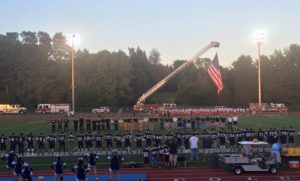 Columbia High School student athletes are learning much more than X’s and O’s – they’re practicing good sportsmanship. Out of 785 member high schools across the state, Columbia is one of three to receive the Sportsmanship Promotion Banner Award from the New York State Public High School Athletic Association (NYSPHSAA).

This is the fourth consecutive year that Columbia has won the award.

“The school district’s overall emphasis on positive sportsmanship has been at the forefront over the last four years. That’s what sets them apart,” said Todd Nelson, assistant director of the NYSPHSAA.

At the end of each school year, a NYSPHSAA committee reviews nominations for this award from each of the state’s 11 sections. They choose recipients based on extra programs and activities that schools have implemented to promote positive sportsmanship. 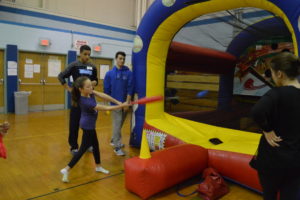 Student athletes volunteered at Winterfest by helping with games and activities.

“I’m extremely proud of our coaches, student athletes and families who continue to step up and do amazing things that promote good sportsmanship,” said Michael Leonard, Columbia’s director of athletics. “It speaks volumes about the people we have in our school community.”