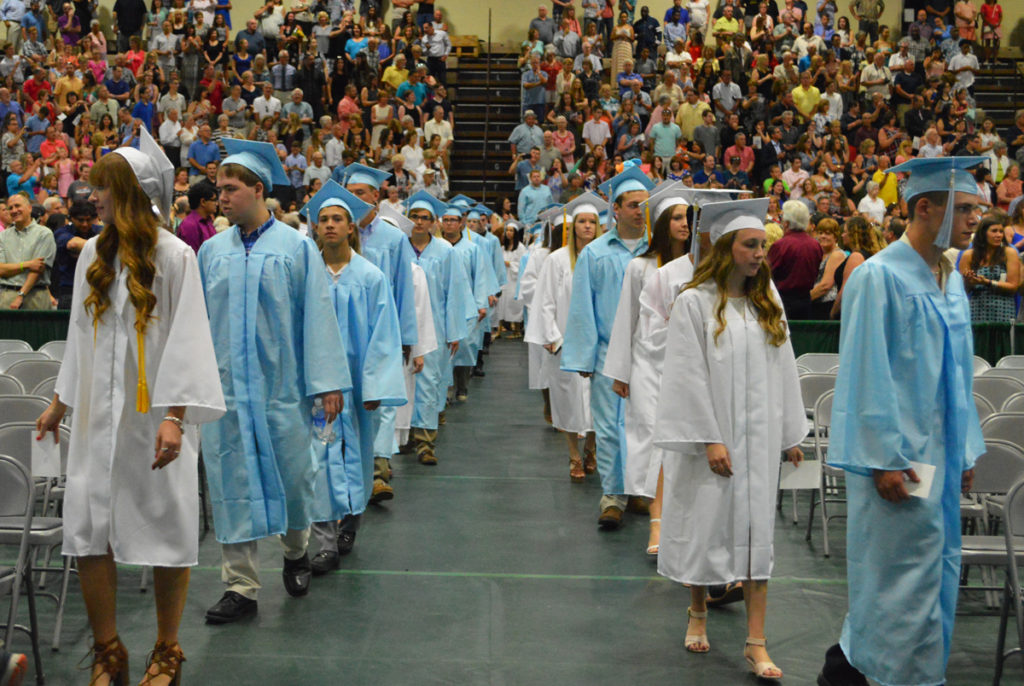 Each of the student speakers during the program showed their maturity and confidence by giving eloquent and uplifting speeches in front of the massive crowd.

“My high school experience has been amazing and I would not want to spend it with anyone else,” said Student Council President Stephen Reilly.

Salutatorian Noah Schwenzfeier offered an emotional message about living life to the fullest as he talked about his cousin who recently passed away.

“Do what you’re passionate about because life is far too short not to,” he said.

Valedictorian Parth Bhide spoke about the importance of learning and how he and his fellow graduates must use it to influence the world in a positive way.

“Intelligence is indiscriminant, much like a hammer. It can be used to harm or to build,” he said. “We can choose to use intelligence to better humankind.” 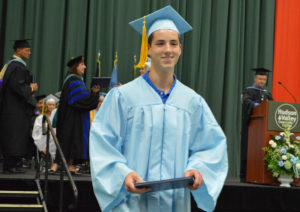 Columbia’s Class of 2016, comprised of 288 graduates, earned more than $2.1 million in scholarships. They have been accepted to such colleges and universities as Boston College, Cornell University, Rensselaer Polytechnic Institute and the University of Notre Dame.

As the graduates walked across the stage in their white and light blue caps and gowns to receive their diplomas, the line paused for one special student. Kathleen Grace, a special education student who was escorted by her former first grade teacher Denise Romer, turned toward the audience and flashed a huge smile as she received her diploma. The entire audience, including the students on stage and seated below, gave her an extended ovation.

“The joy in her smile, and then to see what she brought to the crowd, it was magical,” Mrs. Romer said.

After Columbia Principal John Sawchuk presented the Class of 2016, the students rose to accept thunderous applause from their families in attendance.

“This is a very special class,” said Mr. Sawchuk. “Not just because of their outstanding academic performance, but because of their high level of character. I have great hopes for them as they set out into the world.”