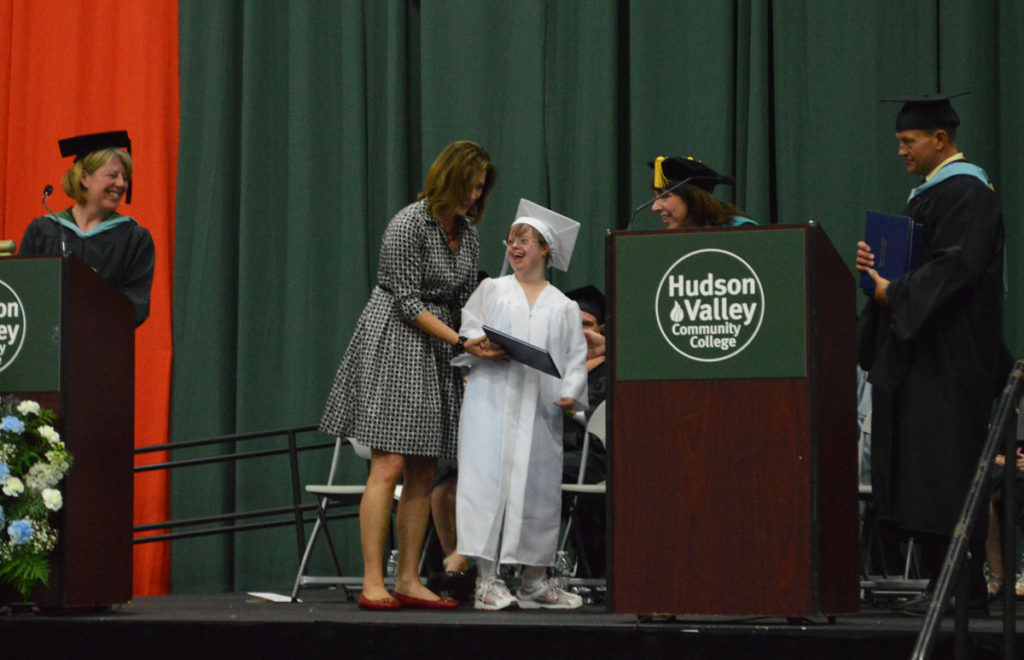 Columbia High School’s commencement ceremony momentarily came to a halt on Saturday as students were receiving their diplomas on stage. When Kathleen Grace ’16 was called, she made her way across the stage, accepted her diploma, then stopped and looked out to the crowd with a smile from ear to ear.

The audience erupted in sustained applause.

“The joy in her smile, and then to see what she brought to the crowd, it was magical,” said Green Meadow first grade teacher Denise Romer who escorted her across the stage.

Grace, who has Down syndrome and Moyamoya disease, was in Mrs. Romer’s first grade inclusion class at Green Meadow years ago. The two formed a close relationship in the subsequent years, to the point where their two families are now friends. 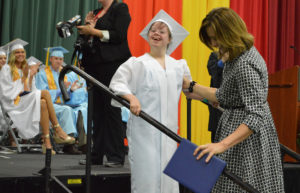 So it’s no surprise that when it came time for graduation, Grace asked for “D. Romer” as she calls her, to be by her side.

“My plan was not to cross the stage with her. She just needed that little guidance,” Mrs. Romer said.

Grace calls herself Joy, which is a fitting nickname considering the emotion she elicited from a gym full of strangers on Saturday.

Grace is expected to return to her old class at Columbia in the fall as a classroom assistant, where she will undoubtedly bring more joy to others.