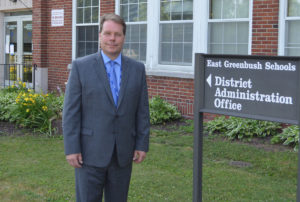 Mr. Simons, who was appointed on March 2 after an extensive search that began last fall, met with staff members this morning and will be touring each of the schools and surrounding neighborhoods later in the day.

“I’m impressed by the people I’ve met already, both on my visits over the past few months and the fine people I met today,” Mr. Simons said. “Their enthusiasm for serving the students is obvious and their pride in the community shines through. I’m grateful to be here and look forward to leading and supporting everyone’s efforts.” 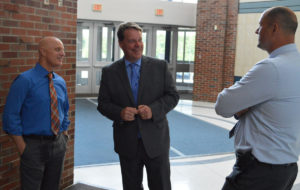 “The Board of Education is excited to have Mr. Simons begin his tenure at the East Greenbush Central School District,” said Board of Education President Dr. Shay Harrison. “We have a full plate of items to address in the process of continually improving the education offered to our students in the District, and are really looking forward to working with Jeff.  He will bring the educational and organizational leadership that the District deserves. The Board extends Jeff and his family our warmest welcome to the East Greenbush Central School District.” 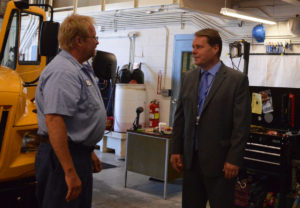 Mr. Simons will lead a District that has a 93% graduation rate and was ranked 8th in the Capital Region by the Albany Business Review last week.

Mr. Simons has a bachelor’s degree in political science from the University at Albany and a master’s degree in educational administration from SUNY Oswego.