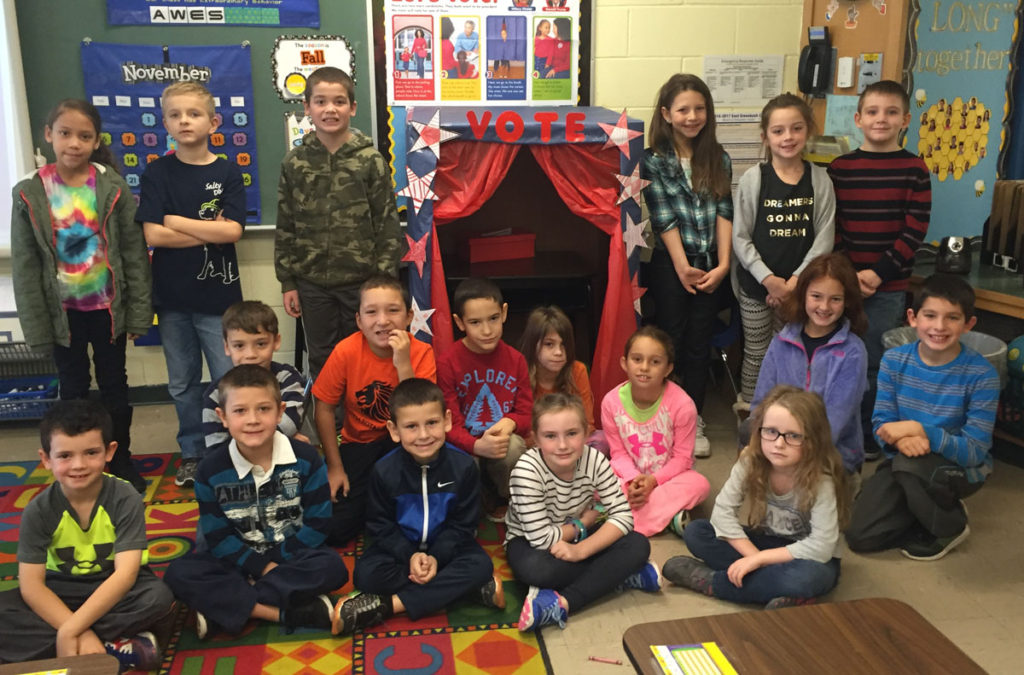 Though they are a little young to vote in this year’s presidential election, second graders at Green Meadow have learned about citizenship, democracy and the importance of voting.

They even constructed their own voting booth in Kelli Tackett’s classroom, and have voted on various topics each day, such as their favorite school lunch and favorite Halloween candy. After collecting the ballots, students used the results to create bar graphs and write math questions.