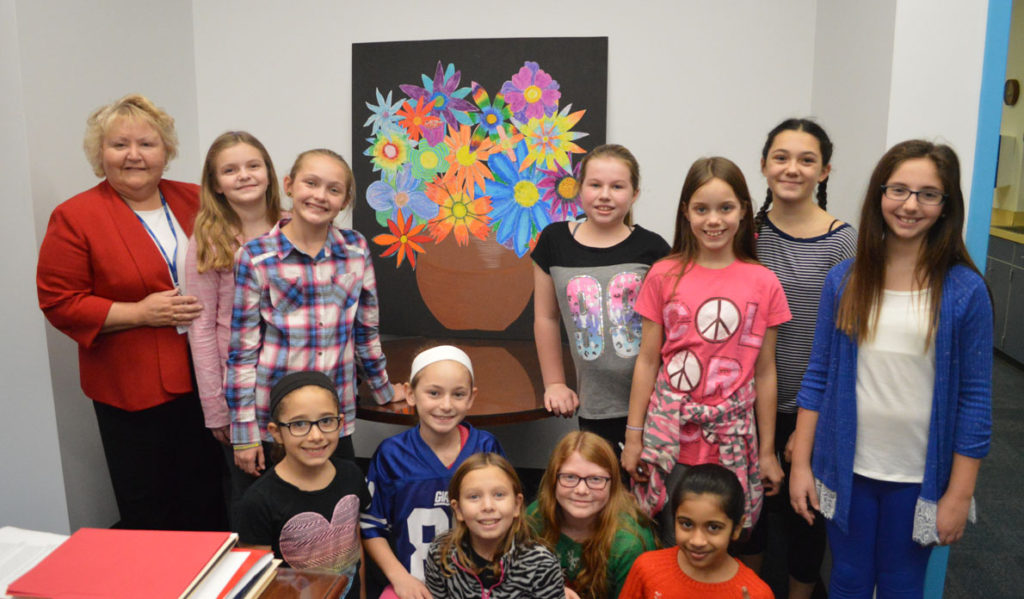 Students at Genet Elementary School have taken to heart the old saying “it is better to give than to receive” and put it into practice. On Thursday morning, a group of fifth graders presented a surprise gift to Principal Ana Yeomans that nearly brought her to tears. 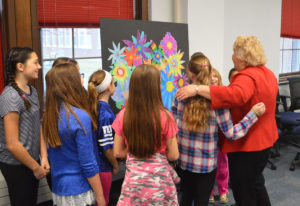 Mrs. Yeomans admires the artwork with students who created it.

Mrs. Yeomans, who had wanted some artwork to put in her bare office following summer construction, was given a large oil pastel drawing of colorful flowers.

“I will treasure this. It is stunning,” Mrs. Yeomans said. “This could be in the Metropolitan Museum of Art.”

“It came out exactly as I envisioned it,” Mrs. Letourneau said. “I think it really brought joy to Mrs. Yeomans.”