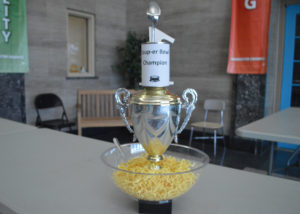 As Super Bowl Sunday approaches, two schools are using it as a way to help others in need. Genet and Green Meadow Elementary Schools will be collecting soup cans until February 2 as part of their “Soup”er Bowl and donating them to local food pantries.