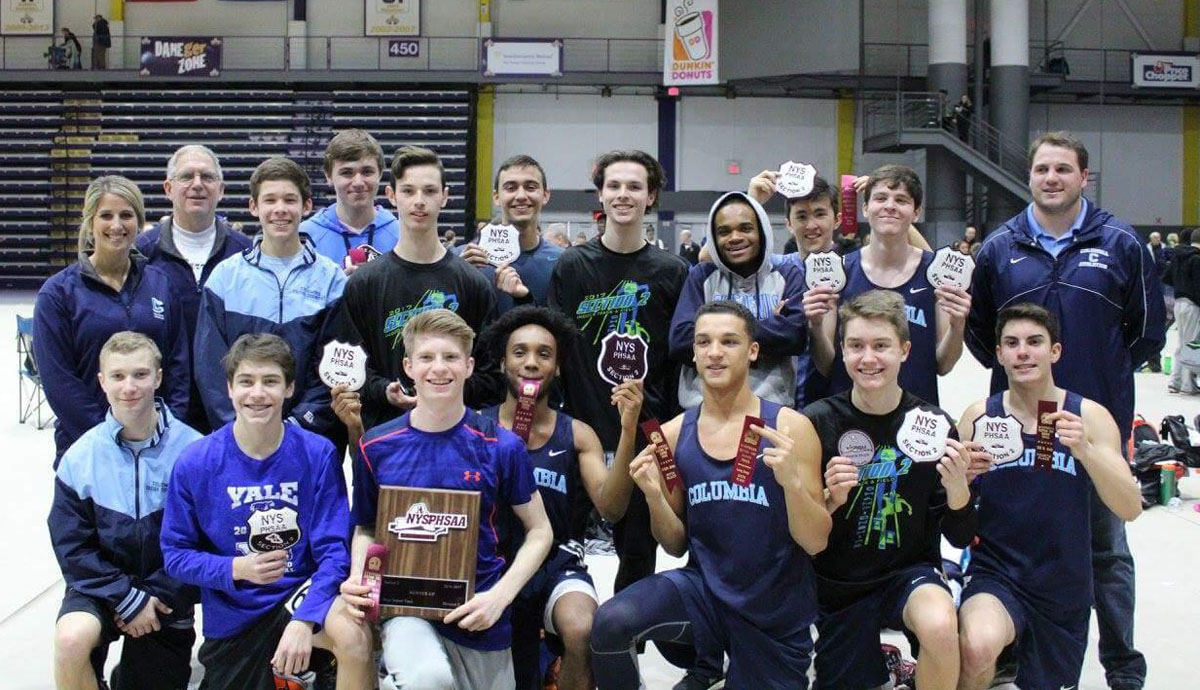 The Columbia Boys’ Indoor Track team finished as the Section 2 Division II runner-up to Burnt Hills-Ballston Lake at the Sectional Championships on February 16 at the University at Albany.

This is the first plaque the Columbia Boys’ Indoor Track team has won since they finished as the runner-up in 2001. 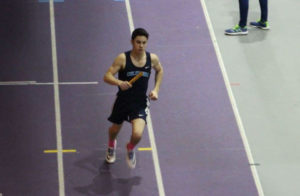 Tyler LoPresti at the Sectional Championships.

Entering the final event, Columbia was in 3rd place and nine points behind Averill Park. The only way Columbia could finish 2nd overall was to win the last event.

“Our guys knew this and loved the challenge that was presented,” said Coach Ryan Jones. “The relay team made up of two sophomores and two juniors went out and took advantage of this opportunity, winning the race and bringing home a plaque.”

LoPresti and Fredericks will be representing Columbia and Section 2 at the NYS Indoor Track Championship Meet on Saturday, March 4 at the Ocean Breeze Track & Field Athletic Complex in Staten Island.