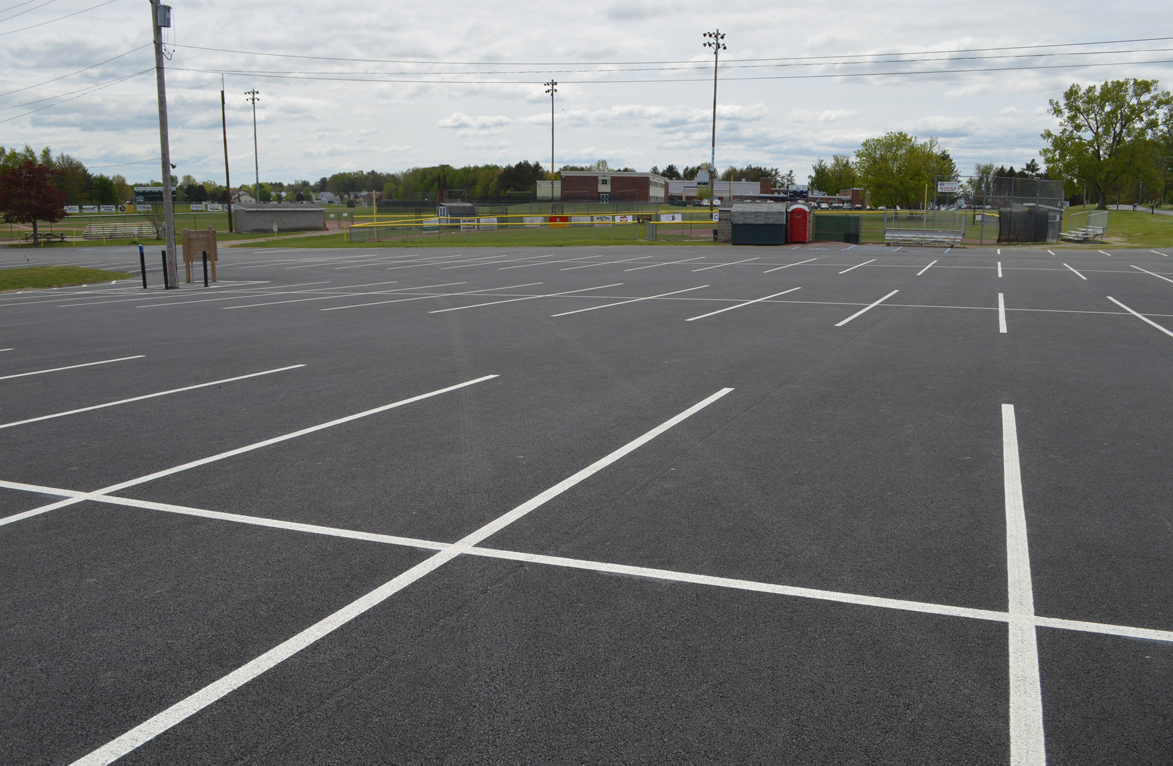 Parents in East Greenbush’s youth baseball and softball leagues have noticed an improvement at the fields on Gilligan Road. The parking lot has been paved in a joint project between the school district, the Town of East Greenbush and the leagues, replacing the old dirt lot.

The school district provided the primary funding while the town contributed construction preparation and oversight. The leagues striped the new parking lot and paid for an access road down to the fields.

“This was really a nice bit of everyone coming together and accomplishing something for our kids and their families,” said Facilities Director Brian Craft.

East Greenbush Central School District and the town own the land and have allowed the leagues to play there since East Greenbush Little League and Sorensco were founded in 1952. The East Greenbush Girls Softball League was established in 1962 and also plays at the fields.

“It’s been a tremendous improvement to the complex, not only aesthetically, but also from a safety point of view,” said Rob Marchiony, president of the East Greenbush Girls Softball League. “There were no lines for parking spaces so cars would be parked right up to the road, and in some cases, in the road. We’ve had overwhelming support and compliments for the new parking lot.”