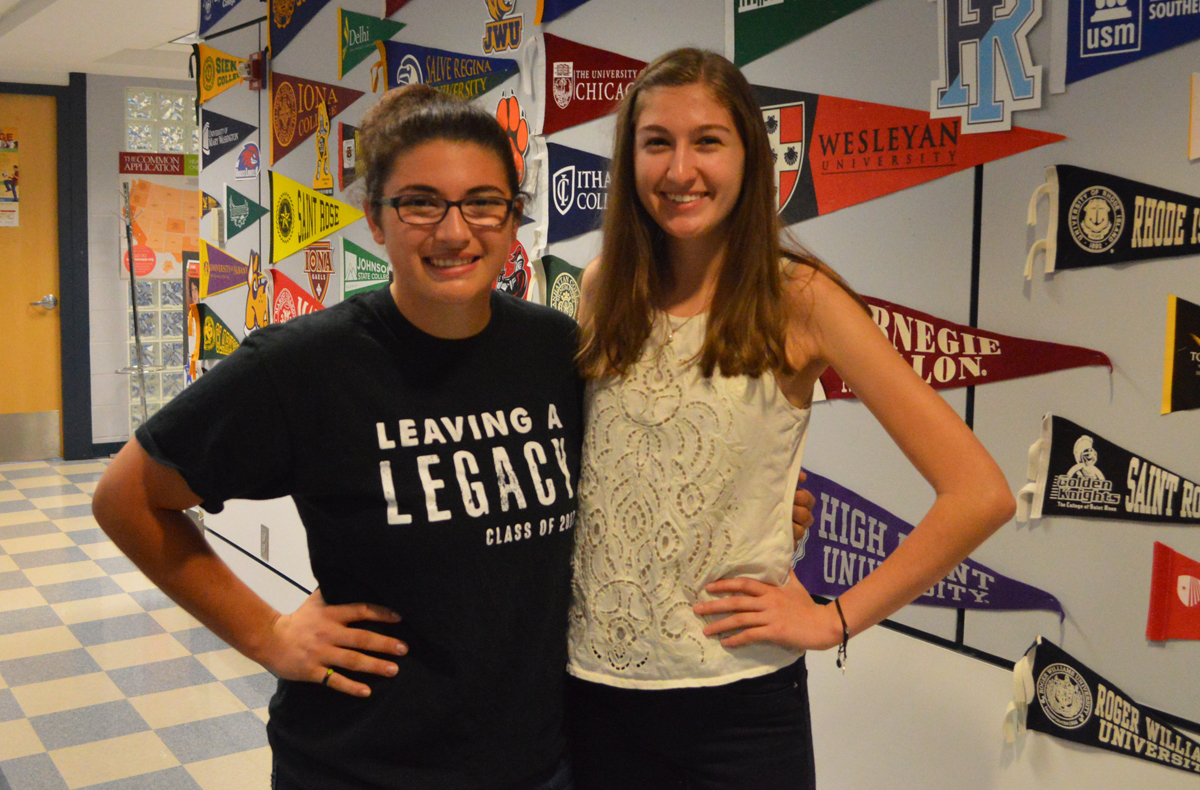 The East Greenbush Teachers Association is proud to announce its recipients, Kelsey Hall and Jennah N. Hogan, for the 2017 EGTA scholarship awards. Both college-bound seniors will be recognized during Columbia’s awards ceremony at the end of May.

Ms. Hall, who will be attending SUNY Geneseo in the fall to study Early Childhood and Childhood Education, is the four-year scholarship award recipient. A member of the National Honor Society, Key Club, Math League and Once Upon a Stage (which she directed last autumn), Ms. Hall also maintains a busy competitive dance and teaching schedule at the Isabelle School of Dance. Frequently, she volunteers time decorating for special events at Evergreen Commons, and labeling and stocking goods at the Venture Churches Food Pantry in Selkirk. Last year, Ms. Hall attended the Empire Girls State conference, where she enjoyed serving on the education committee for the Federalist Party group. She has been involved in the Columbia High School Art Show since 9th grade.

Ms. Hogan, who will be attending Herkimer Community College in the fall to study Social Sciences and Criminal Justice, is the two-year scholarship award recipient. A varsity softball player since her freshman year, Ms. Hogan is serving as the team captain this spring for the Lady Blue Devils. Outside of school, she also plays for the Capital District Fusion softball team. Adept at managing her time, Ms. Hogan volunteers at the Regional Food Bank, and has mentored athletes with physical and intellectual disabilities in the Hi-Five Youth Organization. Her softball coach at Columbia, Mr. Ciccone, lauds her “self-confidence and commitment to team values” and considers her “a natural leader.” Ms. Hogan, inspired by her uncle’s example, plans on a career path in forensic psychology.

Recommendation letters, extracurricular activities, community involvement, the applicant’s personal statement essay, and other pertinent information are assessed as well by the committee.

“We are extremely proud of both seniors who are receiving these awards, and support their post-graduation plans,” said Mr. Rudofsky. “We also would like to thank those who wrote letters upon their behalf.”

Congratulations to Kelsey and Jennah!