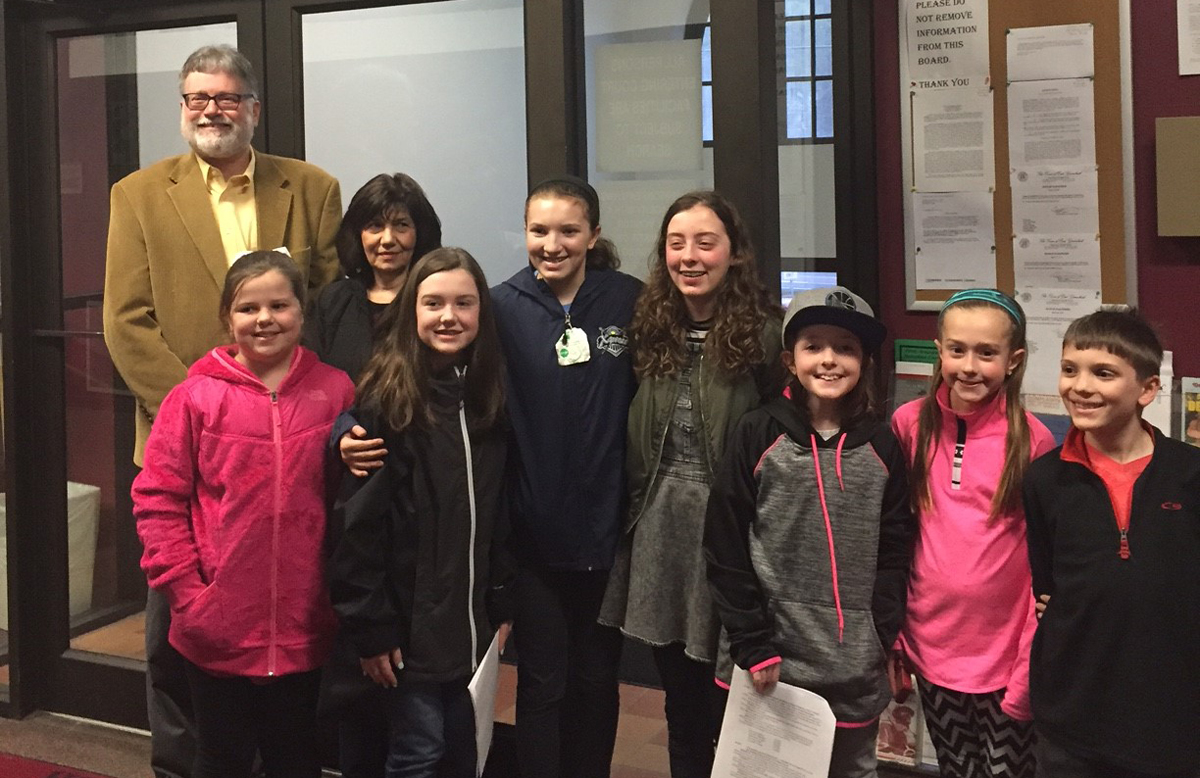 Maura and Caroline Dubuque with friends and Town Board member Tom Grant and Receiver of Taxes Toni Murphy at Town Hall.

Seventh grader Maura Dubuque and her sister Caroline, a third grader at Genet, were recognized at the Town of East Greenbush’s April meeting for heroics they demonstrated in a medical emergency.

On the morning of March 6, while she was preparing breakfast, their mother Jennifer O’Brien collapsed and hit her head, falling unconscious. Their father had already left the house for work so Maura and Caroline sprang into action. They called 911, unlocked the front door and secured their dog in his crate.

Their mother was rushed to the hospital with a severe head injury which could have been worse if not for Maura and Caroline’s bravery and ability to remain calm.

“Our family is pleased to be a part of this community of helpers and proud of the quick, responsible action my daughters took in the face of such a scary moment,” said Mrs. O’Brien.