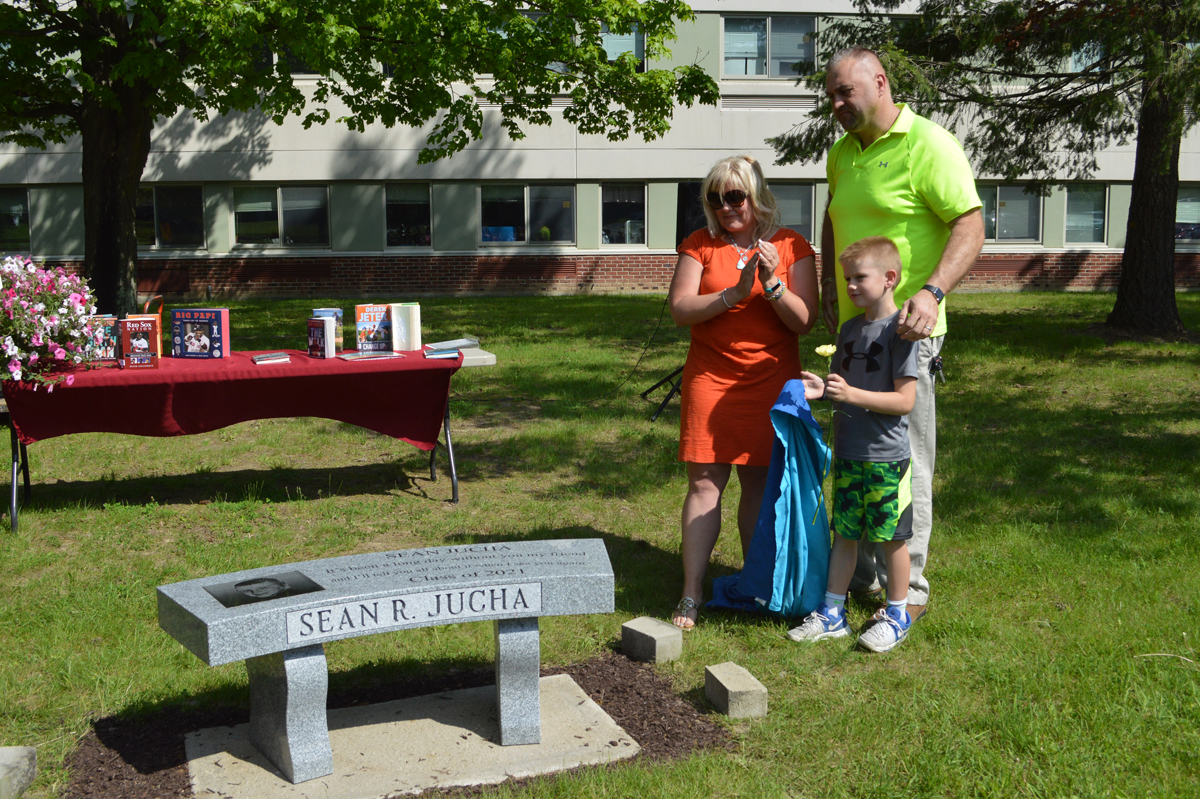 Students and staff gathered in front of Howard L. Goff Middle School on Thursday afternoon for a somber yet beautiful remembrance of former student Sean Jucha who passed away in August.

Principal Wayne Grignon and Sean’s friend Chase Durivage both said a few words before Sean’s younger brother unveiled a bench with Sean’s name and face etched on it. Sean’s classmates and teachers then placed flowers around the bench as his favorite song was played. 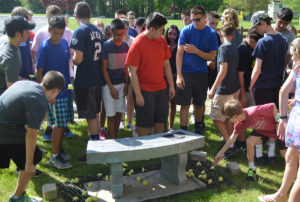 The bench was made possible through student fundraisers including a bake sale, wristband sale and bottle drive, as well as donations from teachers, staff and the community.

The East Greenbush community has come together in support of the Jucha family, organizing many fundraisers throughout this school year to benefit the Jimmy Fund and the Dana-Farber Cancer Institute in memory of Sean. There will be a Sean Strong 5K on Saturday, June 17 at Goff Middle School.

“There’s no magic words I can say to make us feel better,” Mr. Grignon said during the memorial ceremony. “But it’s important we remember Sean. As long as we do that, he’ll always be in our hearts.”