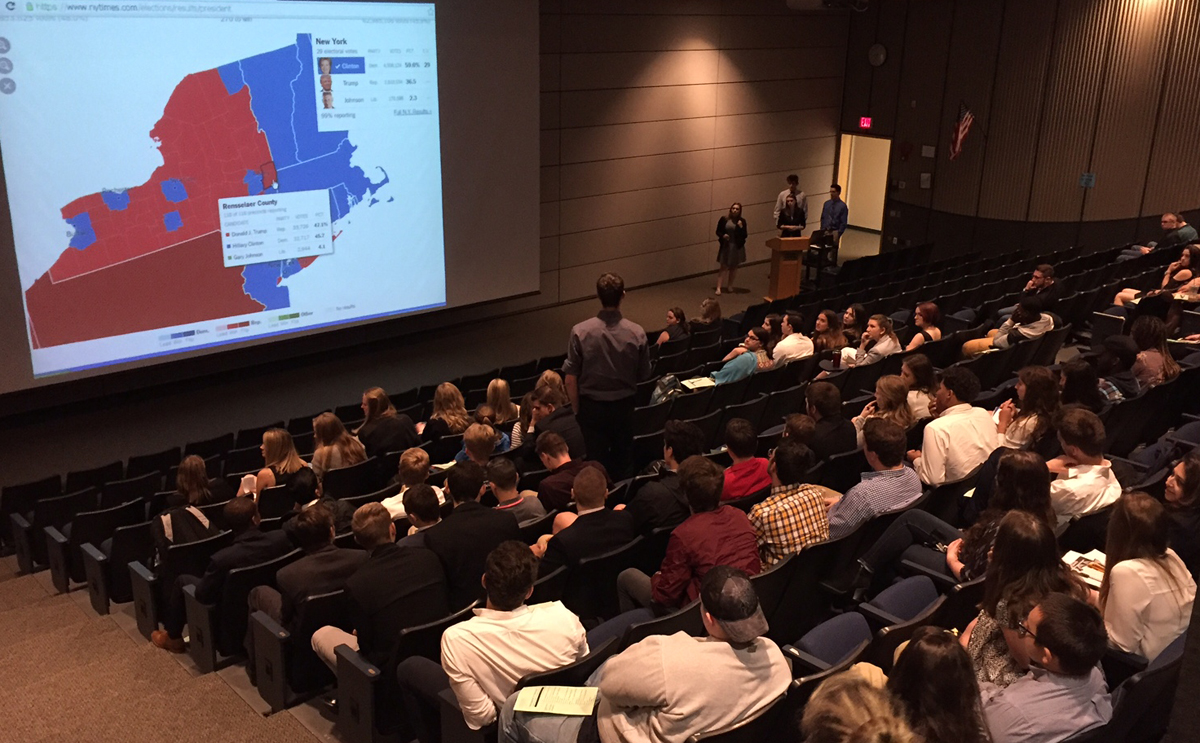 Four groups of students presented bills to classmates in their Participation in Government class last week in an attempt to win votes and create a new law.

The six-week project had students research laws, interview professional stakeholders, email elected representatives and then craft an original bill of their choosing. After each group presented their bill, classmates in the audience asked tough questions as if they were on the floor of Congress.

“Students learn they’re not always going to make everybody happy and that you have to compromise,” said Social Studies teacher Kelley Sheraw.

Town of East Greenbush Supervisor Jack Conway served as a guest speaker before the presentations.

“This is a great event,” he said. “The experience of this is practical and that’s how you learn.”

In the end, students voted for the bill to Ban Cosmetic Testing on Animals. It will be sent to Senator Kirsten Gillibrand and Congressman Paul Tonko for their consideration.