Exploring Mars with a NASA Engineer 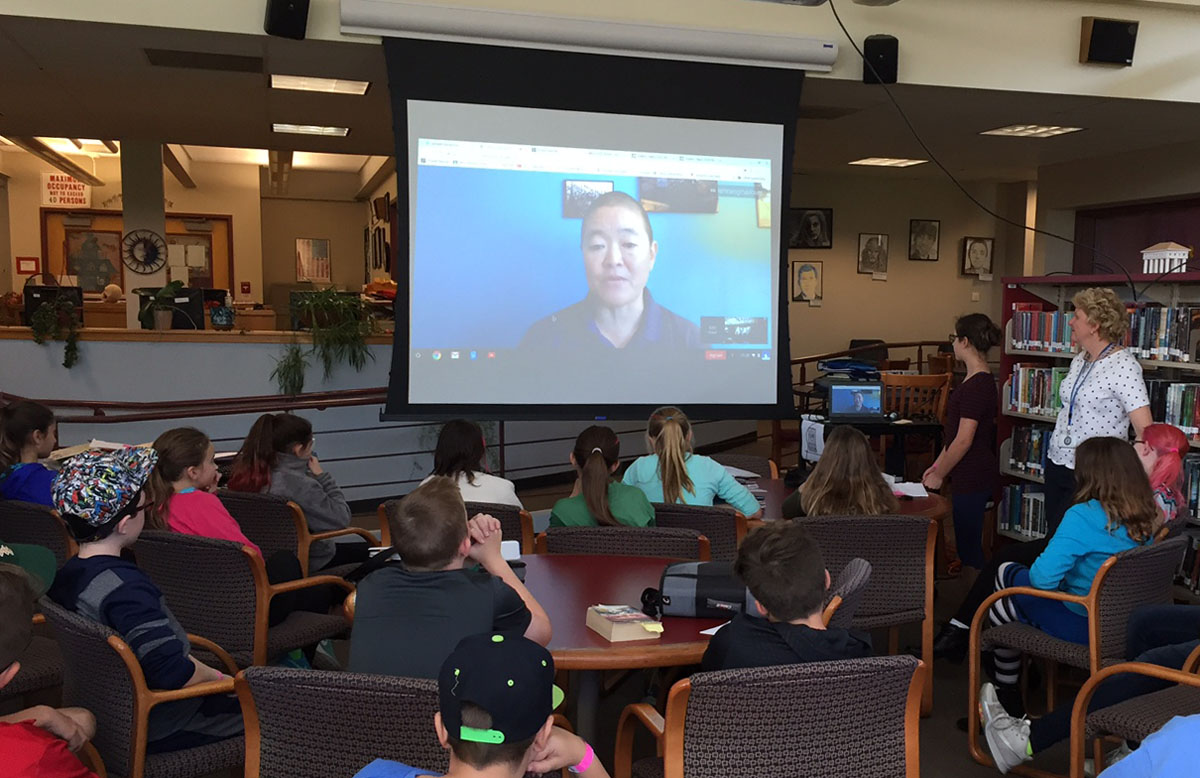 Sixth grade students learned about space exploration and the Mars rover missions on Friday from NASA Engineer Lori Shiraishi who spoke to them remotely from her California lab through Google Hangouts.

Students in Marian Roohan’s science classes gathered in front of the school library’s new projector screen where they could see Mrs. Shiraishi and ask her questions about Mars and her work with NASA.

“What motivates us is there are interesting science questions, very, very interesting science challenges that we wanted to learn about,” said Mrs. Shiraishi. She said the landscape of Mars indicates there was once water on the planet, and that the Mars rover missions have led to new discoveries in recent years.

Mrs. Shiraishi is currently working on the Mars 2020 rover mission, helping to design and build the next robotic car to be sent to the Red Planet.

“The mission takes the next step by not only seeking signs of habitable conditions on Mars in the ancient past, but also searching for signs of past microbial life itself,” according to NASA’s website. “The Mars 2020 rover introduces a drill that can collect core samples of the most promising rocks and soils and set them aside in a ‘cache’ on the surface of Mars. A future mission could potentially return these samples to Earth.”

Special thanks to Goff network technician Tom Poli for his help in setting up the video chat.