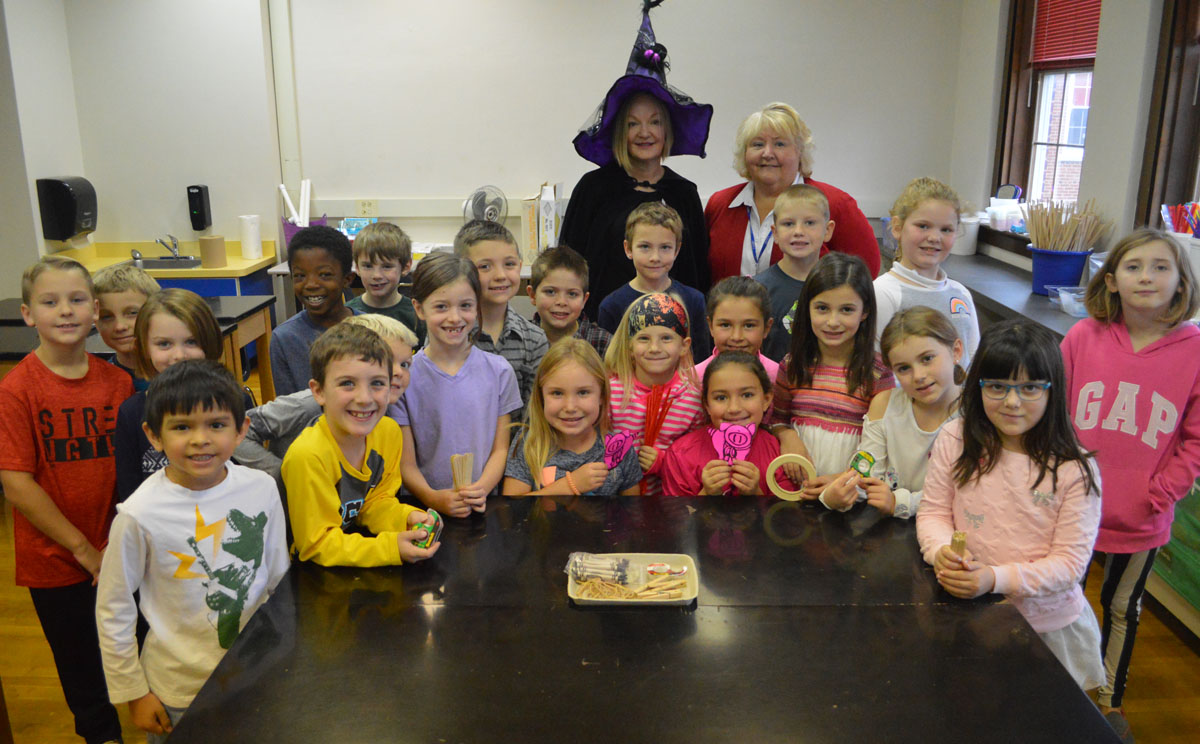 Genet Elementary School’s new MakerSpace received a boost in funding on Tuesday which will help purchase building materials such as Lego systems and simple machines. The $400 donation came from the East Greenbush branch of Albany Braces thanks to a Halloween candy buyback program. 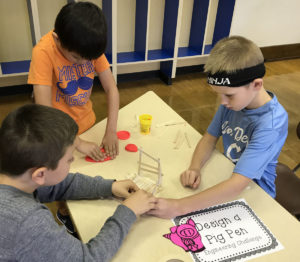 Students in Mrs. Rudzinski’s class design a pig pen in the Genet MakerSpace.

Marianne DiCerbo, DDS, presented Principal Ana Yeomans with the donation as they toured the MakerSpaces.

“What a pleasure meeting Ana Yeomans, principal of Genet Elementary School,” Dr. DiCerbo said. “How inspirational to see such creative and collaborative learning techniques for such young students in your MakerSpace classroom area. It is very rewarding to help support such a wonderful and innovative program.”

Genet introduced the MakerSpace program last month with two dedicated classrooms on the second floor. Students have worked in teams to design and build structures, such as a pig pen and spider web message to go along with reading the book “Charlotte’s Web.”

“The MakerSpaces are supporting the engineering and design elements of the Next Generation Science Standards, as well as supporting the development of imaginative, collaborative problem solving for our students,” Mrs. Yeomans said. “The Genet School Achievement Team and MakerSpace Team have worked to develop this innovative concept at our school.”

Check out the new Genet MakerSpace in action as students design/build structures! pic.twitter.com/mO2lroZ7Ol