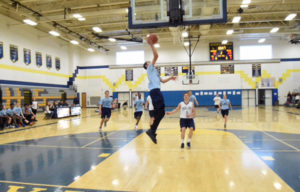 Columbia High School’s Unified Basketball team has been selected to compete in the 2018 Special Olympics USA National Games to be held in Seattle, Washington in July.

The team is composed of athletes with and without intellectual disabilities and will compete against unified teams from across the country. The members of the team are current students and alumni of Columbia High School who all have participated on its Unified Basketball team.

“It’s been an honor to be selected to represent Special Olympics USA in Seattle, Washington,” said head coach Audra Di Bacco. “These student athletes are very excited to travel and experience the games first hand.”

Unified Sports is a partnership between Special Olympics New York and the New York State Public High School Athletic Association (NYSPHSAA) to provide interscholastic sports for students with and without intellectual disabilities. The program piloted in 2012 in Section 2 of NYSPHSAA with 12 schools. There are currently 129 schools participating across the state.

“It is a great honor that our Unified Basketball team was selected to participate in the 2018 Summer Special Olympics,” said Columbia Athletic Director Michael Leonard. “It’s a credit to Coach Di Bacco and our student athletes.” 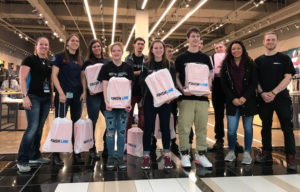 On November 16, Columbia’s Unified Basketball team was outfitted with free team sneakers at the Finish Line in Crossgates Mall as part of the company’s annual holiday campaign.