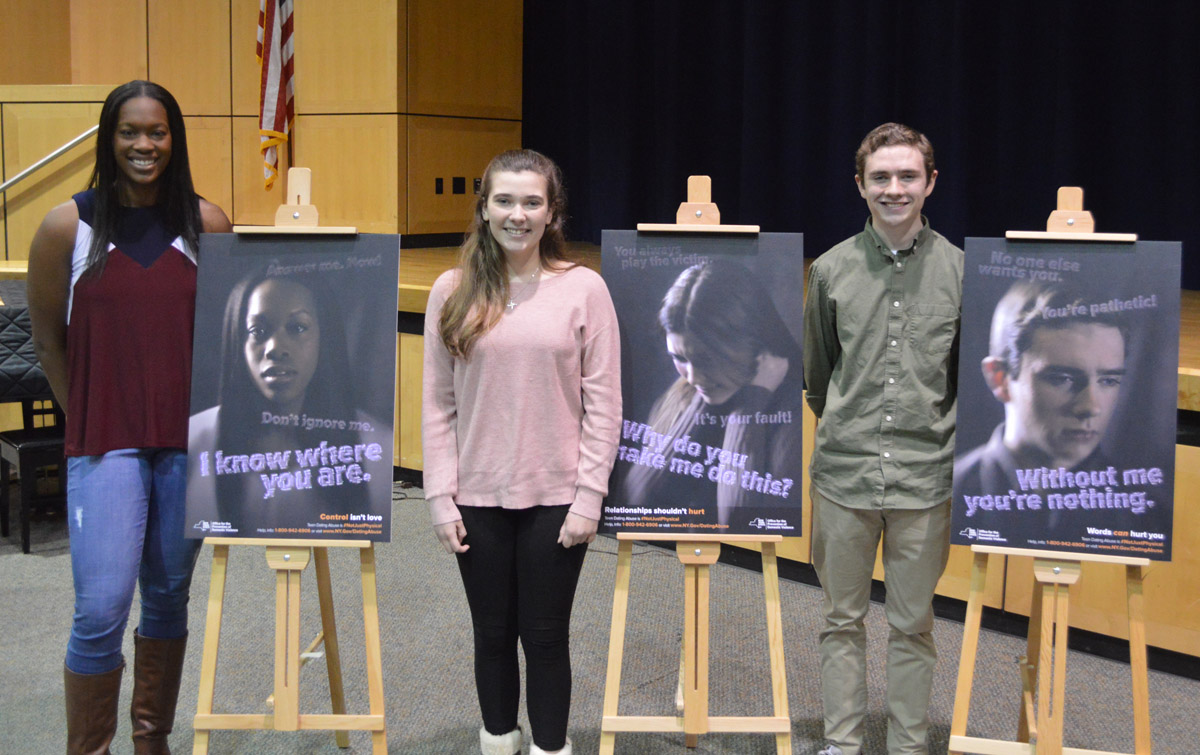 A new social media campaign that addresses teen dating abuse is being sponsored by New York State and features Columbia High School students in the advertisements.

Brandon Smith ’20, Brigid Mack ’21 and Shruti Kamat ’20 all volunteered for a photo shoot over winter recess, along with other local students. Their photos will be used in ads on Instagram and Snapchat targeting teens aged 13-17 during February, which has been designated as Teen Dating Abuse Awareness Month.

The social media campaign #NotJustPhysical is meant to raise awareness that cruel words, controlling language and behavior are red flags in relationships. 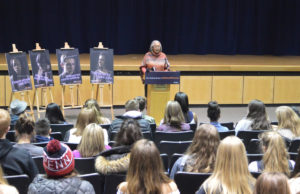 Gwen Wright, executive director of the NYS Office for the Prevention of Domestic Violence announces the #NotJustPhysical campaign.

“It feels good to be part of this cause,” Mr. Smith said.

Columbia hosted a press conference on Monday morning where Gwen Wright, the executive director of the NYS Office for the Prevention of Domestic Violence, announced the social media campaign.

“Young people who are just beginning to navigate the dating world can be faced with great challenges as they grapple with the distinctions between love and jealousy, concern and control,” Ms. Wright said. “Our goal is that these messages will help them understand that controlling, possessive behaviors are a form of dating abuse, and that they don’t have to take it. Information and help are available.”

Each of the ads features a teen – appearing distressed, overwhelmed or stunned – being bombarded by abusive and controlling statements, such as: “Without me you’re nothing,” “You’re pathetic,” and “Don’t ignore me.”

Student leaders from Columbia attended the event, as well as Students Against Destructive Decisions and the Columbia Players drama club.

“It is an honor to have students from Columbia High School participate in this important initiative,” said Columbia Principal Michael Harkin. “As educators, we strive every day to foster a safe and supportive school environment. It is our hope that this campaign will focus more attention to the problem while providing support to teenagers everywhere.”

If you need help or have questions about dating abuse, visit www.ny.gov/datingabuse or call the New York State Domestic and Sexual Violence Hotline at 1-800-942-6906.