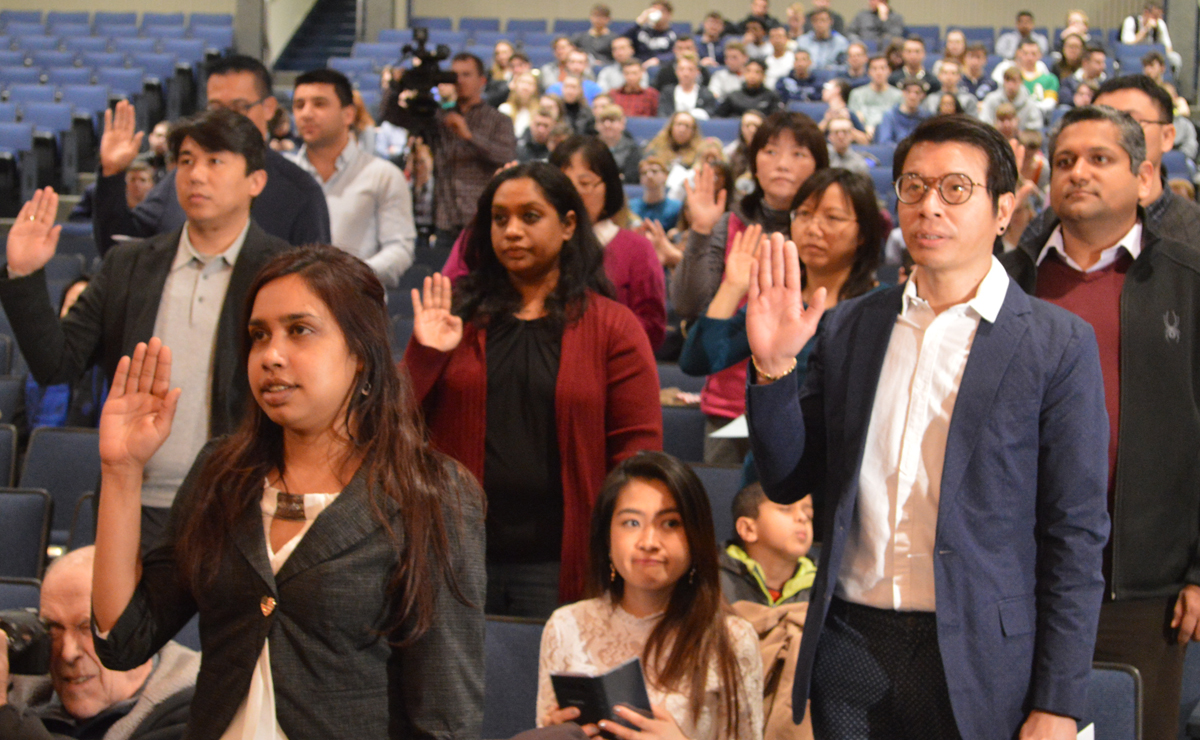 Candidates to become U.S. citizens take the Oath of Allegiance at a naturalization ceremony in Columbia High School’s auditorium.

One by one, a group of 21 new American citizens walked onto the stage in Columbia High School’s auditorium on Friday morning and received certificates of citizenship. They carried small American flags and some held the hands of their young children as they completed the arduous journey of officially becoming United States citizens. 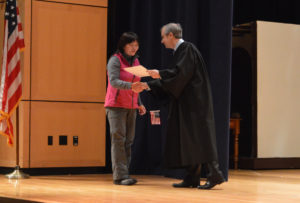 Moments earlier, the group of 21 people from 13 different countries, raised their right hands and took the Oath of Allegiance as part of a naturalization ceremony presided over by the Honorable Christian Hummel, a U.S. Magistrate Judge for the Northern District of New York.

Judge Hummel had asked if the school could host the naturalization ceremony. The school district welcomed the event as a way to teach students about the U.S. citizenship process firsthand.

“I can think of no better way for our students to learn the value of citizenship, and to appreciate the responsibilities that come with citizenship, than to witness the events of this morning,” Superintendent Jeff Simons said.

“It’s an amazing thing to watch,” said Ben Koblensky ’18, one of the Participation in Government students. “I love listening to their stories. I can’t imagine leaving a country and your family, leaving your entire life behind to go somewhere else and start over.” 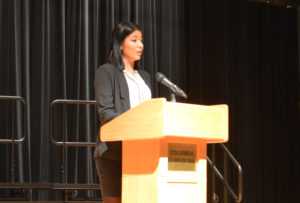 New U.S. citizen Elizabeth Suparmanto, who was born in Bolivia and moved here with her family as a child, spoke at the ceremony. She recalled her parents working multiple jobs to provide a comfortable life for her and her brother, all in pursuit of the American dream. She now has a master’s degree in diplomacy and lives in the Capital Region with her husband.