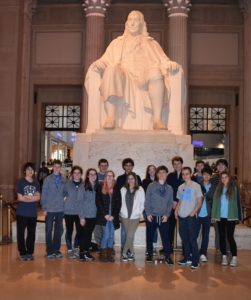 The Columbia Science Olympiad Team placed third out of 50 teams from across the country in the UPenn Invitational on Saturday, winning three gold medals and three silver medals. The team had strong performances across the board, finishing within the top 10 in 13 of the events.

The tournament featured teams ranked among the top 10 in the nation from as far away as Texas, Illinois and Virginia.