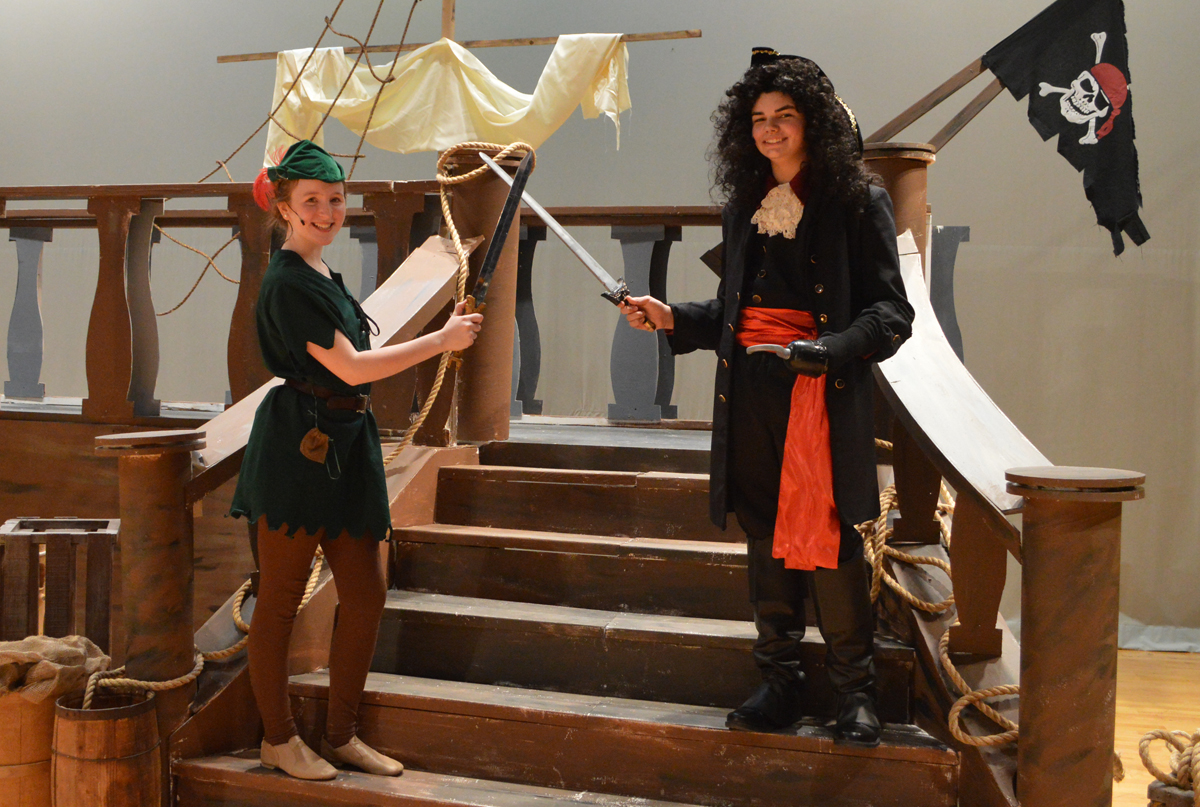 Anna Puglisi as Peter Pan and Conor Frost as Captain Hook at a dress rehearsal for the musical “Peter Pan Jr.”

The Goff Drama Club is performing “Peter Pan Jr.” on Friday, March 16 and Saturday, March 17 at 7 p.m. and Sunday, March 18 at 2 p.m. in the high school auditorium. Tickets are available at the door and cost $8 for students/seniors and $10 for adults.

“This show sends a good message about how we have this nice little family that goes on adventures and explore all these new things. It’s a fun story,” said Ms. Puglisi.

“I feel that we’re going to be great,” Mr. Frost said. “We’ve done a lot of work. Even though we’re not flying, there’s a lot of great things in the show that people should see.”