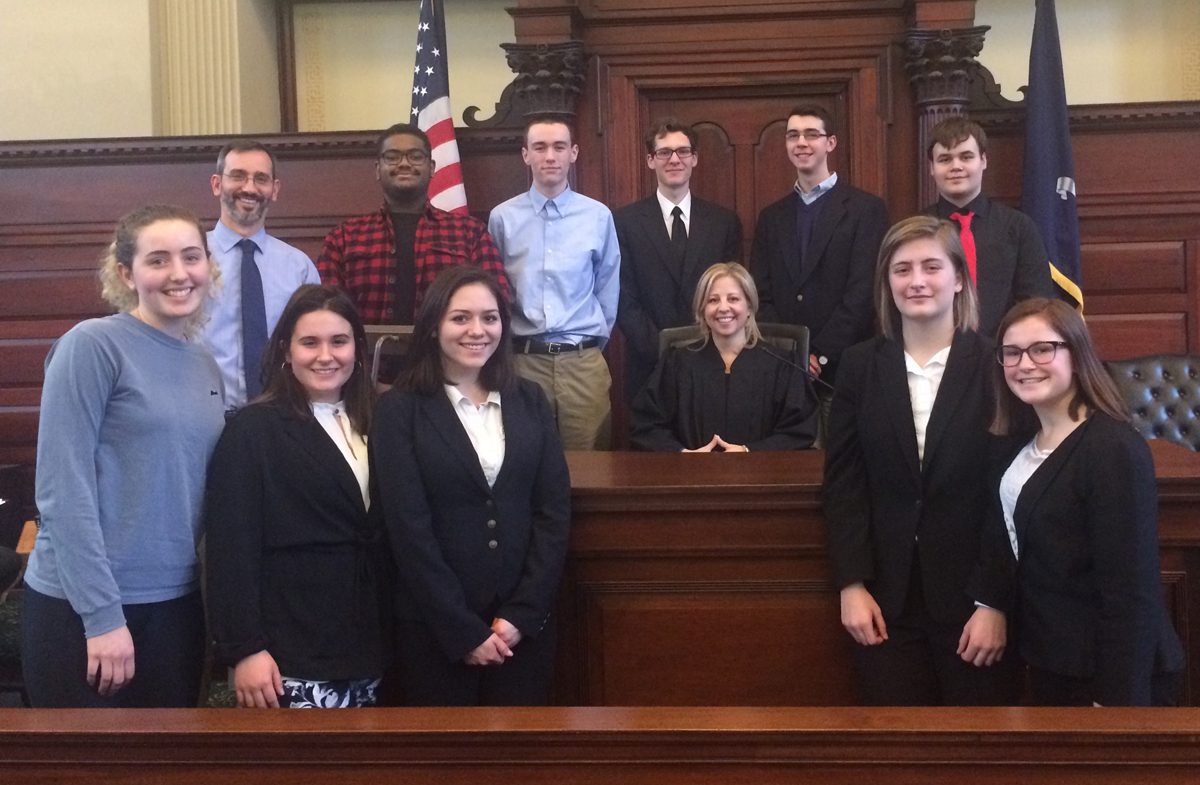 Columbia High School won the Rensselaer County Mock Trial Tournament on Thursday evening and will advance to the regional tournament in April. The competition, which is sponsored by the New York State Bar Association, has students train to be lawyers and witnesses who argue a case against opposing teams.

Columbia won trials against the other four teams in the two preliminary rounds, the semifinals and the finals.

“The students have put in a great deal of hard work and preparation,” said Columbia Mock Trial Advisor Stephen Lapolla. “They did a wonderful job developing arguments and presenting their case.”

Congratulations to the team!