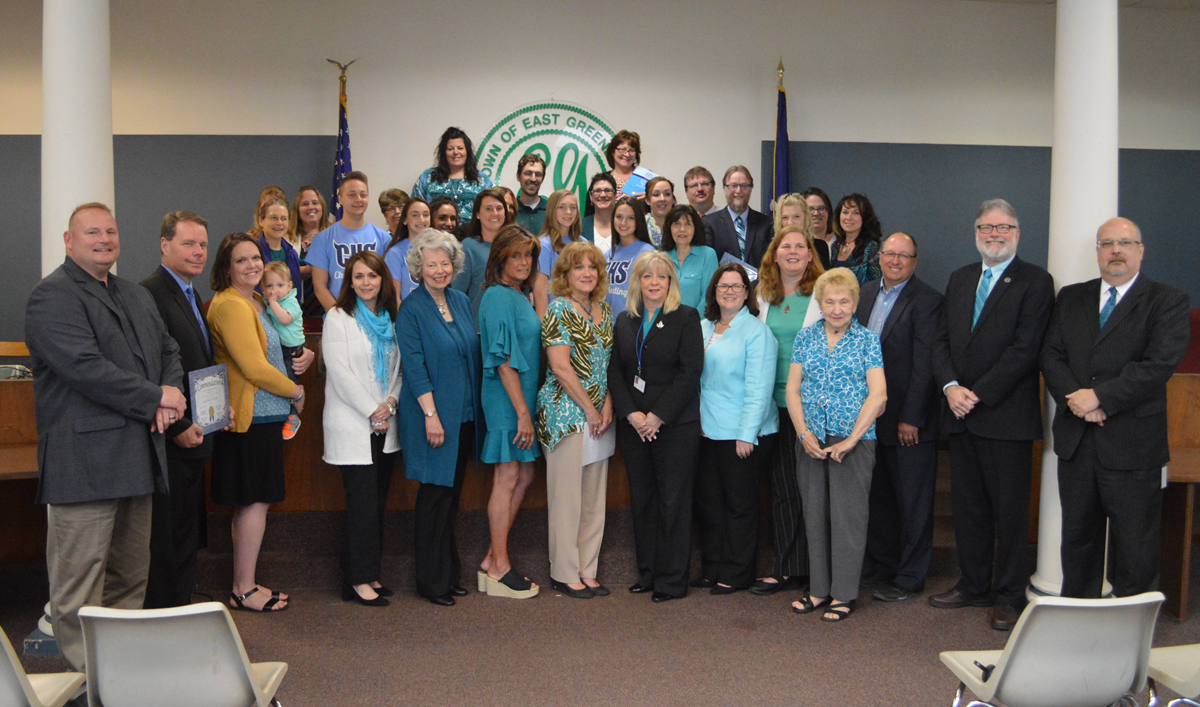 Columbia Athletic Director Michael Leonard and Superintendent Jeff Simons, along with Town Supervisor Jack Conway, pledged their support for the national campaign that promotes awareness of ovarian cancer and its often subtle symptoms at a press conference at Town Hall on Tuesday morning. As part of the campaign, large teal ribbons will be displayed throughout the town in September, which is Ovarian Cancer Awareness Month, and donations will be accepted at participating organizations. 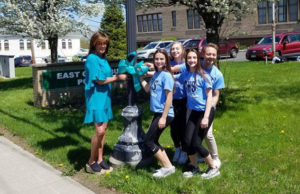 “It will be a great opportunity, not only to raise money, but to bring everybody together around such an important issue,” Mr. Simons said.

Each year, about 20,000 women in the United States are diagnosed with ovarian cancer and it is the fifth leading cause of cancer death among women, according to the Centers for Disease Control and Prevention.

All donations from Turn the Town Teal will go to Caring Together, an ovarian cancer support, education and awareness group located in the Capital Region.

Columbia High School Athletics has contributed more than $25,000 to Caring Together through its participation in the annual Teal Ribbon Run/Walk held every September.

“This is a win-win situation,” Mr. Leonard said. “We teach our kids about giving back to the community and we bring funds in for Caring Together.”