East Greenbush Central School District families are invited to pickup free boxes of food at a Drive Through Food Pantry on Thursday, July 29 at 9:30 a.m. in front of George Martin Electric at 164 Columbia Turnpike, Rensselaer, NY. If you are driving, stay in your car. If you are walking, please practice social distancing. Masks are optional for fully vaccinated patrons. Distribution will start at 9:30 a.m. and the event will be fully concluded by noon. 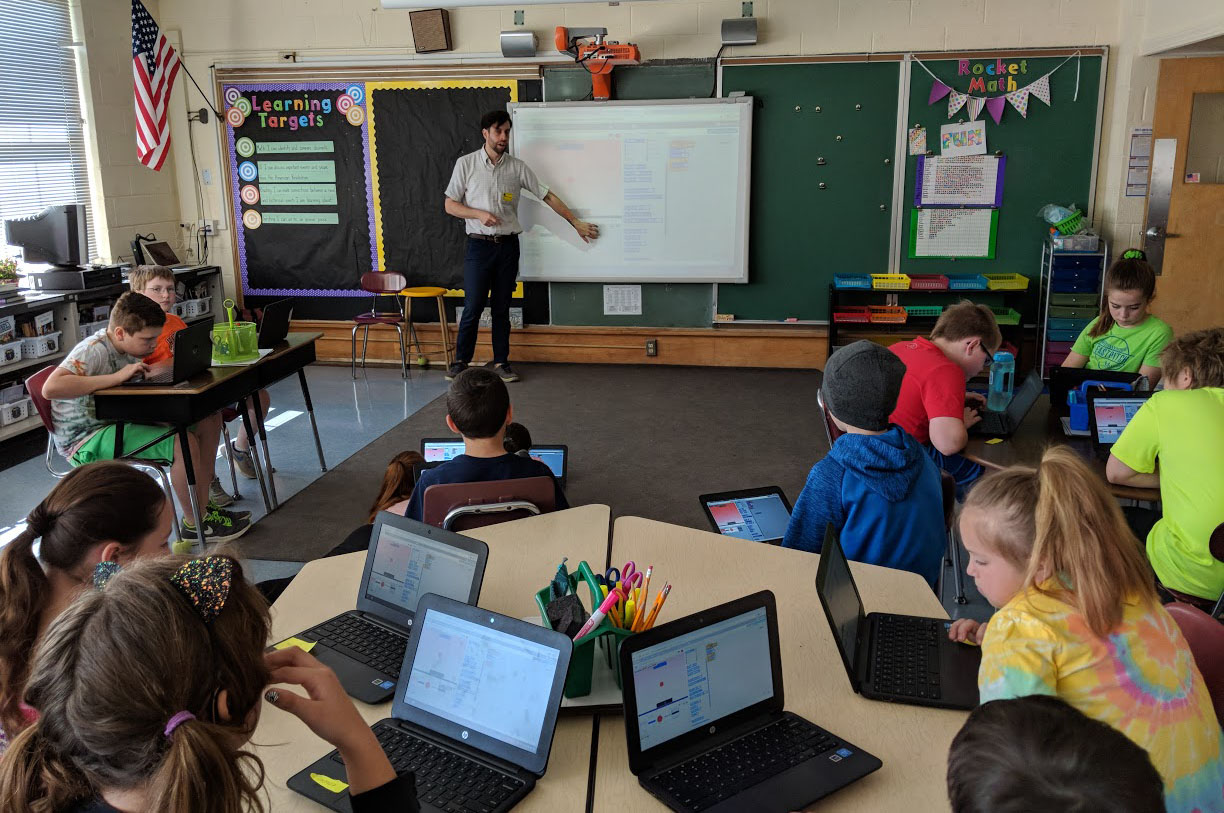 Students at Donald P. Sutherland Elementary School tapped their Chromebooks while glancing up to the smart board at the front of the classroom. After a series of keystrokes, the ball on their screens began pinging around like the classic video game Pong. The activity taught students Scratch coding using variables and game interactivity. 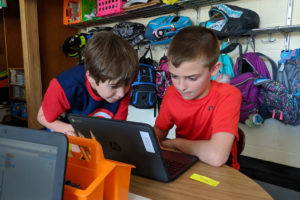 The project was offered by Albany Can Code and made possible with grants from Verizon, Capcom Federal Credit Union, MVP Health Care and The Arts Center of the Capital Region.

This week, fifth graders are creating a custom Scratch animation based on the novel “Hatchet” by Gary Paulsen.

“We feel lucky here at DPS to have the opportunity to introduce coding to the fifth graders while integrating it into our ELA program as a culmination of our survival unit,” said fifth grade teacher Jennifer Adams. “It’s amazing to see how quickly they catch on to programming. They are re-telling parts of the novel by producing visual representations and animations, which builds on many of the literary concepts they are already familiar with.”