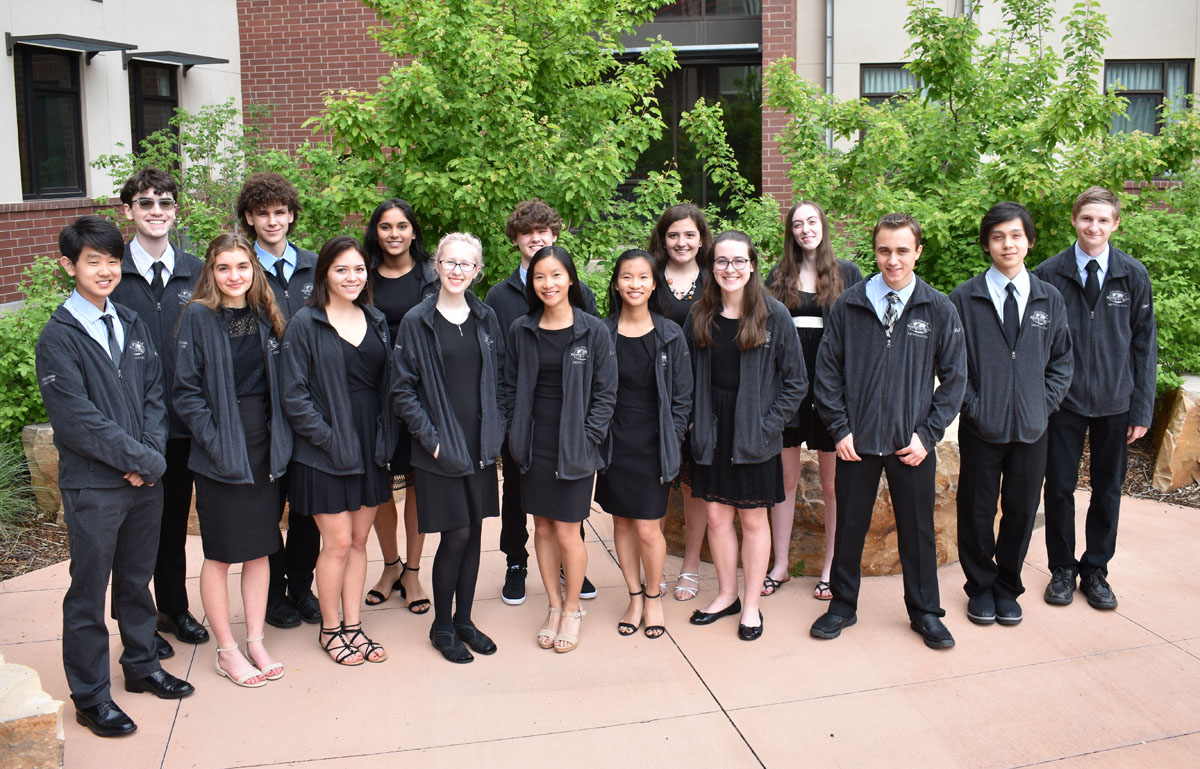 Columbia High School’s Science Olympiad team made its fifth consecutive trip to the National Championship this past weekend in Colorado, and had its best finish yet. Columbia placed 12th in the nation and Peter Sergay and Owen Ball won a national championship in their event Game On, which tests students in computer programming.

Recognized as one of the nation’s most prestigious science, technology, engineering and math (STEM) competitions, Science Olympiad brings together the top 60 high school teams advancing from state-level tournaments to compete in 26 different events.

“The teamwork and poise our kids exhibited was extraordinary,” said Columbia head coach Diana Prout. “Under the intense pressure, and ups and downs of competition, they managed to accomplish all their goals! Thanks to all of you who have participated in and helped make Columbia Science Olympiad what it is today! We couldn’t do it without the “shoulders” of all you alumni!” 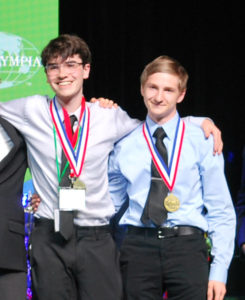 Peter Sergay and Owen Ball receive gold medals in the Game On event.