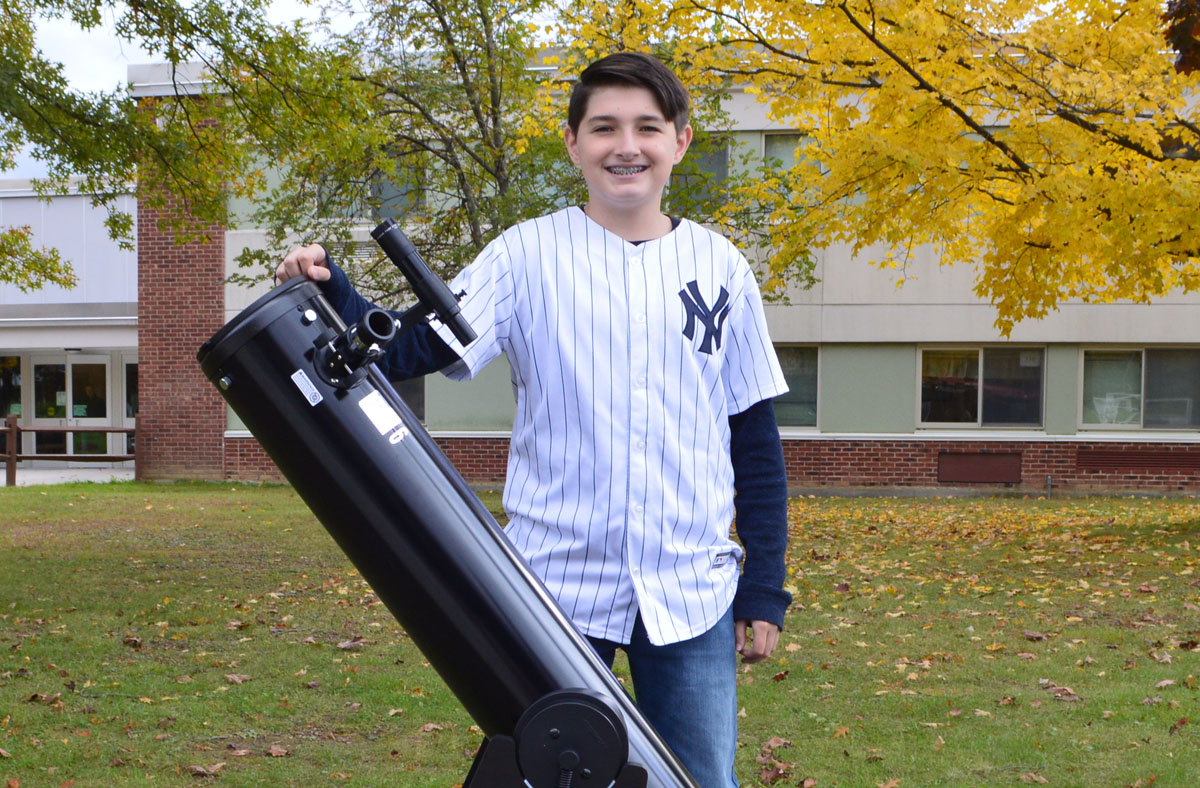 Goff Middle School 7th grader Ryan Krulikowski and his science teacher from last year, Marian Roohan, are participating in the Rising Star Internship program offered through the Dudley Observatory at miSci in Schenectady. During the 10-month internship, they will attend astronomy lectures and star parties, and they have both received their own telescopes as part of the program.

We sat down with Mr. Krulikowski to discuss the Rising Star Internship, his interest in astronomy and which planet is his favorite.

Q: When did your interest in astronomy begin?
A: I always liked to look at the stars. When I was younger I liked learning about planets and that sort of stuff. 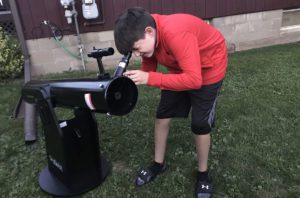 Ryan Krulikowski looking through his telescope.

Q: What is the Rising Star Internship like?
A: It’s really cool. The first day we got to build our own telescopes and if you complete the internship, you get to keep it. The teacher shows us how to find planets, star clusters, galaxies and ring nebulas.

Q: And you can see all of that through the telescope you assembled?
A: Yeah. It’s better to see some of the star clusters and nebulas in more rural areas because there’s less light pollution.

Q: Have you seen all of our solar system’s planets?
A: I’ve seen Saturn, Jupiter, Mars and Venus. Uranus, Neptune and Mercury are hard to see because they’ll show up during the day and that’s the hardest time to see them. 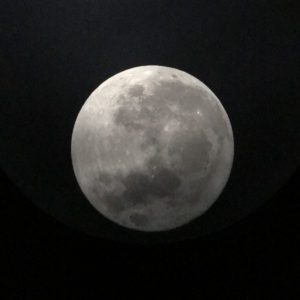 An image of the Moon taken from Ryan Krulikowski’s telescope.

Q: How often do you use your telescope at home?
A: At least once or twice a week. When it’s not cloudy, I’ll use it three to four times a week.

Q: What is it like going to the star parties?
A: For the parties at miSci, they have an observatory with a big telescope that you can look into. At the Octagon Barn, they’ll do a talk about rovers or galaxies and then you can go outside with your telescope and look through them.

Q: What is your favorite planet?
A: Saturn. Through the telescope you can actually see the rings. It’s all gold. It’s really cool to see.