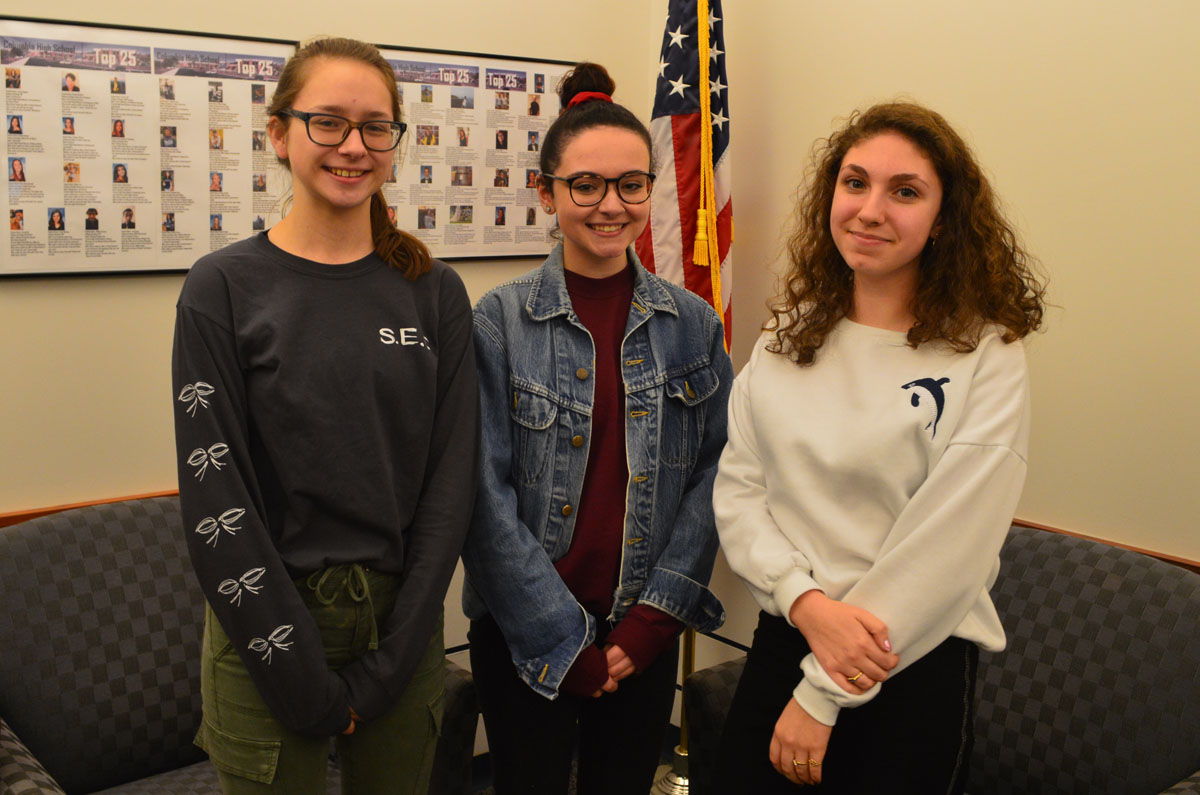 Columbia High School students created a campaign video for Alexandria Ocasio-Cortez, which was then retweeted by the candidate on Election Night. The group who created the video included Adaline Colligan, Carina Ciccone and Elena Ferrari (not pictured George Culver and Emilie Walsh).

Newly elected congresswoman Alexandria Ocasio-Cortez will be the youngest woman ever in the United States Congress when she takes office in January. While she was on her way to a historic victory on Tuesday, Ms. Ocasio-Cortez took time to thank a group of Columbia High School students for their work.

The work was a campaign video that Columbia students Carina Ciccone, Adaline Colligan, George Culver, Elena Ferrari and Emilie Walsh produced for a project in their Participation in Government class. Ms. Ciccone tweeted the video on Tuesday evening, and minutes later, it was retweeted by Ms. Ocasio-Cortez to her nearly 1 million followers. 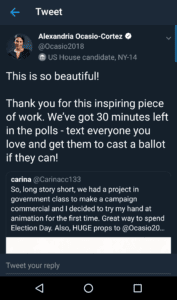 “This is so beautiful!” said Ms. Ocasio-Cortez on Twitter. “Thank you for this inspiring piece of work. We’ve got 30 minutes left in the polls – text everyone you love and get them to cast a ballot if they can!”

“It’s so surreal,” said Ms. Ciccone, who when she saw the notification of the retweet, excitedly ran downstairs to tell her family. “I was shocked and so incredibly glad that this project paid off.”

The project had students work in groups to create campaign ads for Congressional candidates from New York State. Students researched their chosen person, including the candidate’s background, their position on various issues and their goals if elected.

“I wanted to provide the students with an experience that would allow them to research, develop and design an informative and creative congressional campaign, thereby getting to know the election process and investigate important issues of this election season,” said Columbia Social Studies teacher Julie Lansing. “I’m incredibly proud of these students and their excellent work!”

As thrilling as it was for the students to see their campaign video shared by the actual candidate, they realize the purpose of the project.

“It was a productive project, and important for this time period,” said Ms. Ferrari.