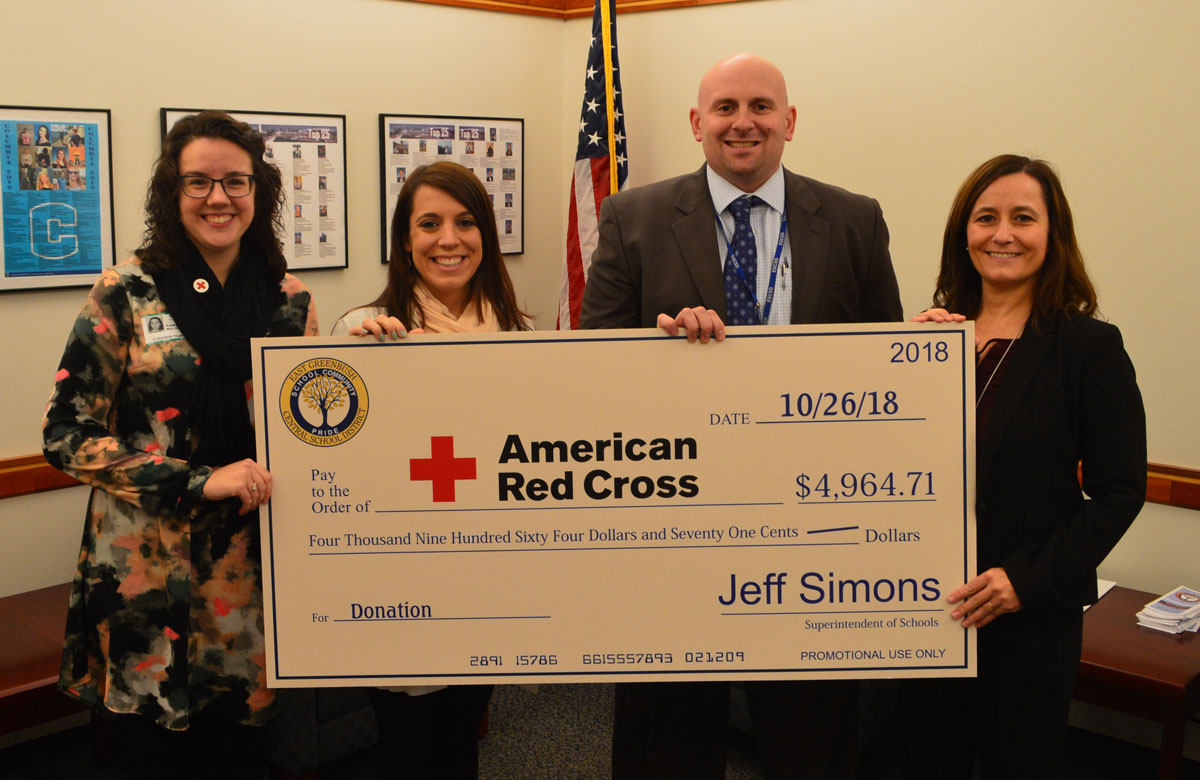 For the second year in a row, the East Greenbush Central School District came together as a community to assist people who endured devastating hurricanes.

The District donated $4,964.71 to the American Red Cross to support its disaster relief efforts following Hurricanes Florence and Michael from this fall. The district collected the money from two separate fundraisers that included staff dress down days and a coin drop donation at the schools. 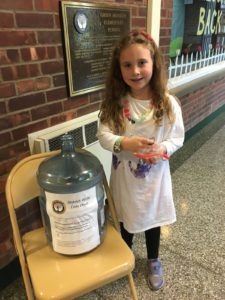 “I am proud of our entire school community for supporting this important cause,” Superintendent Jeff Simons said. “Projects such as this have a positive impact on others and show our children the importance of giving back.”

“We are so grateful for the support that the East Greenbush Central School District has continued to show to those impacted by devastating disasters,” said Gary Striar, Regional Chief Executive Officer for the American Red Cross. “While the hurricanes have passed, the Red Cross continues to help the communities affected by the record-breaking storms. Thank you East Greenbush Central School District.”