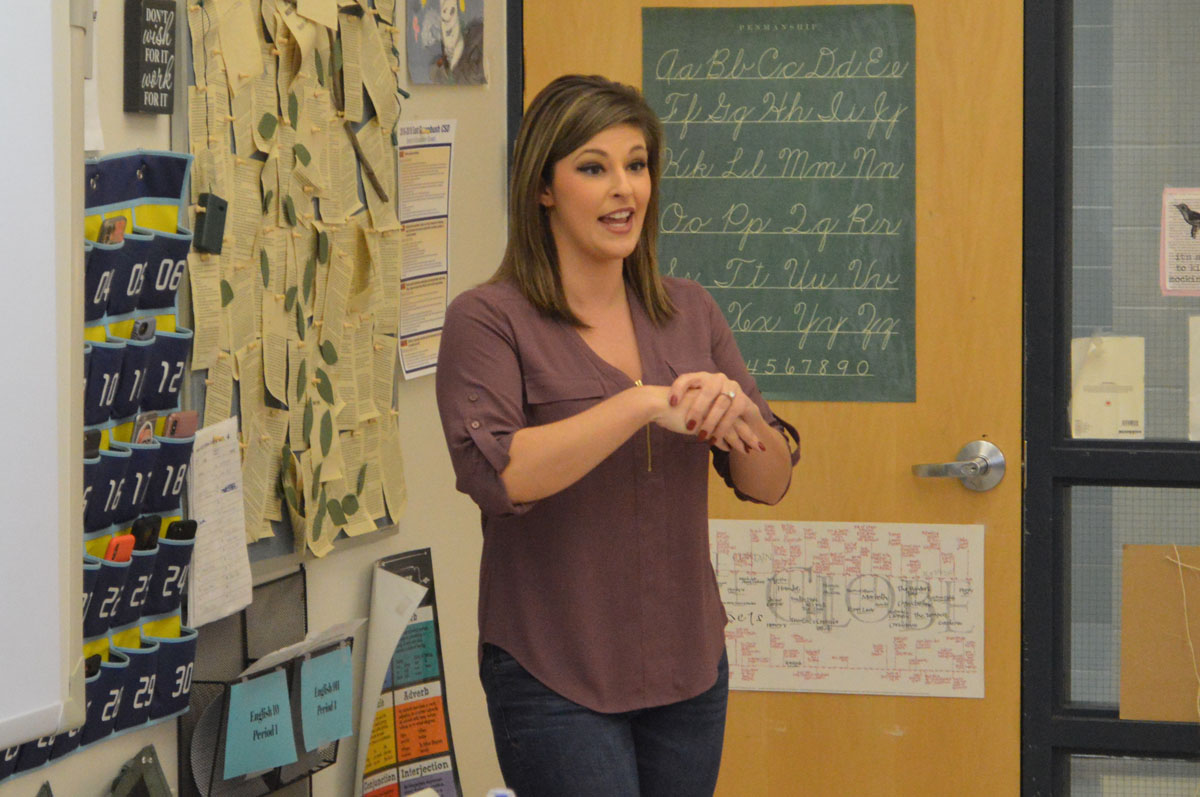 News10 ABC Weekend Anchor and Columbia High School alumna Samantha DiMascio ’09 returned to her old high school on Friday morning to speak with a Journalism class about her career in broadcast journalism.

Ms. DiMascio, who grew up in East Greenbush, shared her experiences with the class, from starting out in Columbia AV Club to working at a student-run TV station in college at SUNY Oswego, to now reporting the news as an anchor at News10 ABC.

“It’s awesome to be back here,” Ms. DiMascio said. “This is where it all started for me.”

With students seated in a semi-circle around the classroom, Ms. DiMascio talked about her experiences as a reporter in local broadcast news, the types of stories she covers and her daily routine, which includes staff meetings, making calls, doing interviews and then putting stories together for the various shows each night. 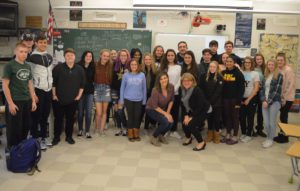 Ms. DiMascio encouraged students to get involved with clubs and internships that would give them opportunities to work in journalism. She benefited from an internship at YNN (now Spectrum News) while in college, which helped her land her first job at News Channel 13.

And while working in broadcast news may seem glamorous, Ms. DiMascio was honest about some of the drawbacks – long hours, low starting pay, and most importantly, having to see and report on tragedies.

“It’s a very stressful job,” she said. “And it can be depressing.”

Even with all that, Ms. DiMascio loves her job. She enjoys finding stories that are interesting and important and then sharing them with the community.

“The reason I do this job is because it is my passion,” she said. “I can’t see myself doing anything else.”