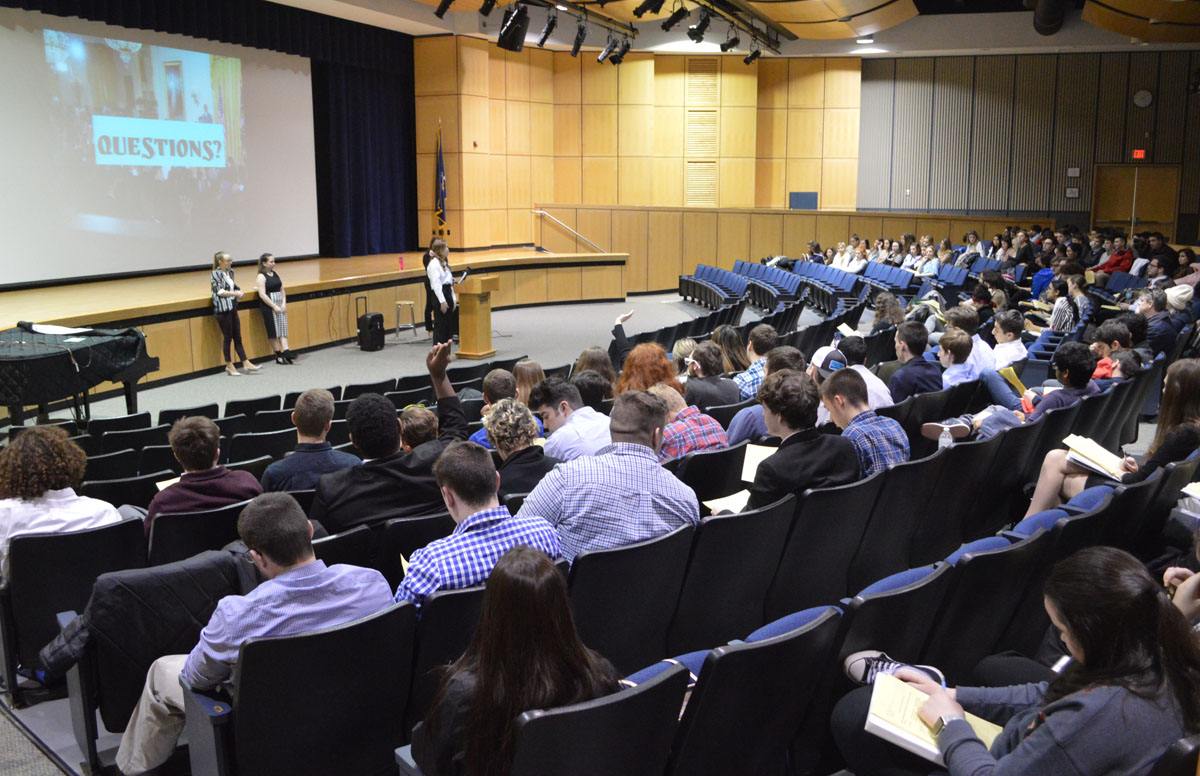 Columbia High School students in the Participation in Government class acted as state legislators on Wednesday, proposing bills to classmates and then lobbying for votes.

At the end of the school day, all of the students in attendance voted for one bill that they would like to see made into law. The winning bill proposed a ban of non-medical exemptions for vaccinations and was presented by Katherine Burns, Leif Haley and Sydney Sill.

Legislative Day, coordinated by social studies teachers Kelley Sheraw and Julie Lansing, is one of the many ways students at Columbia learn about civics and government relations.

Steve McLaughlin, the Rensselaer County Executive, spoke to the students during the event.

“Watching students present their research in a professional manner and then debate the merits of why their bill should be turned into law is such fun,” said Mrs. Sheraw. “Students learn hands-on how our government legislation works.”