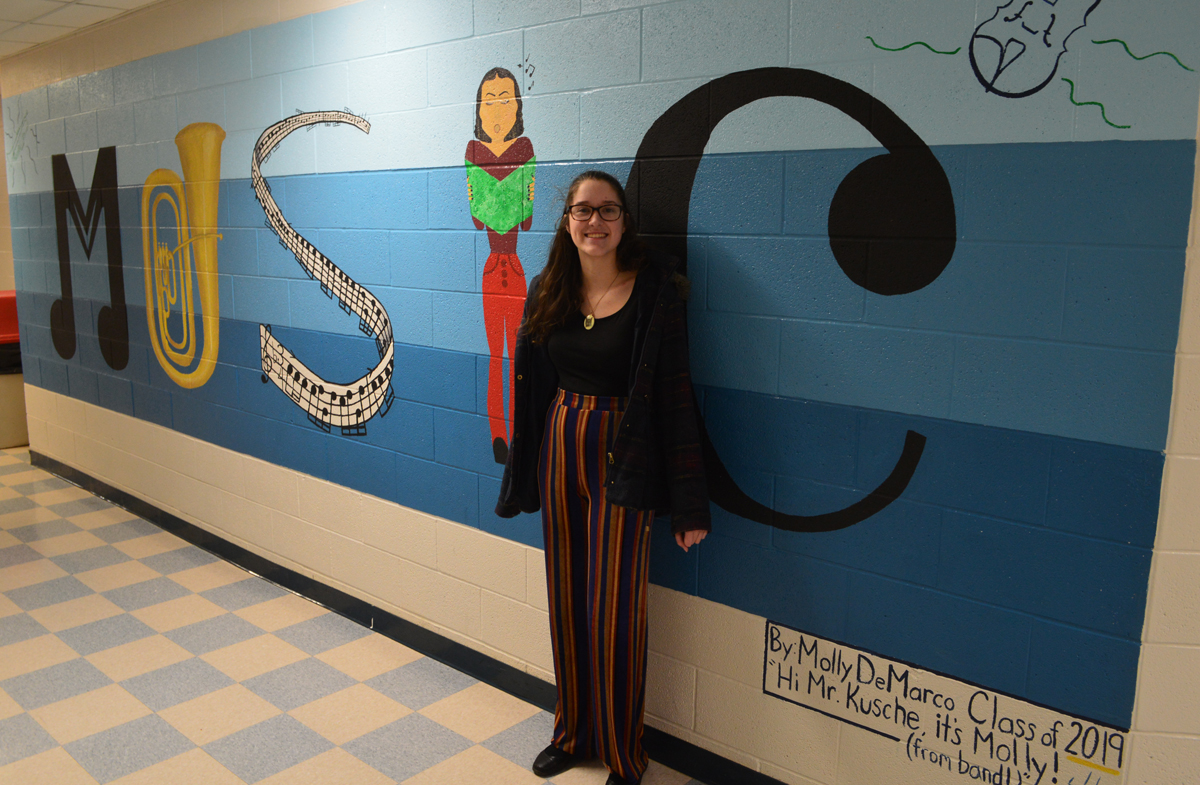 Molly DeMarco ’19 stands in front of the Music mural she painted at Columbia High School.

Molly DeMarco ’19 has brightened the Columbia High School hallways for students and staff by painting three different murals. She created the murals as part of her Girl Scout Gold Award project, the highest award for Girl Scouts.

After receiving permission from the school and the Board of Education, she began working on the murals after Columbia High School’s graduation in June and finished the third mural in December.

Ms. DeMarco wrote the following descriptions of each mural below. 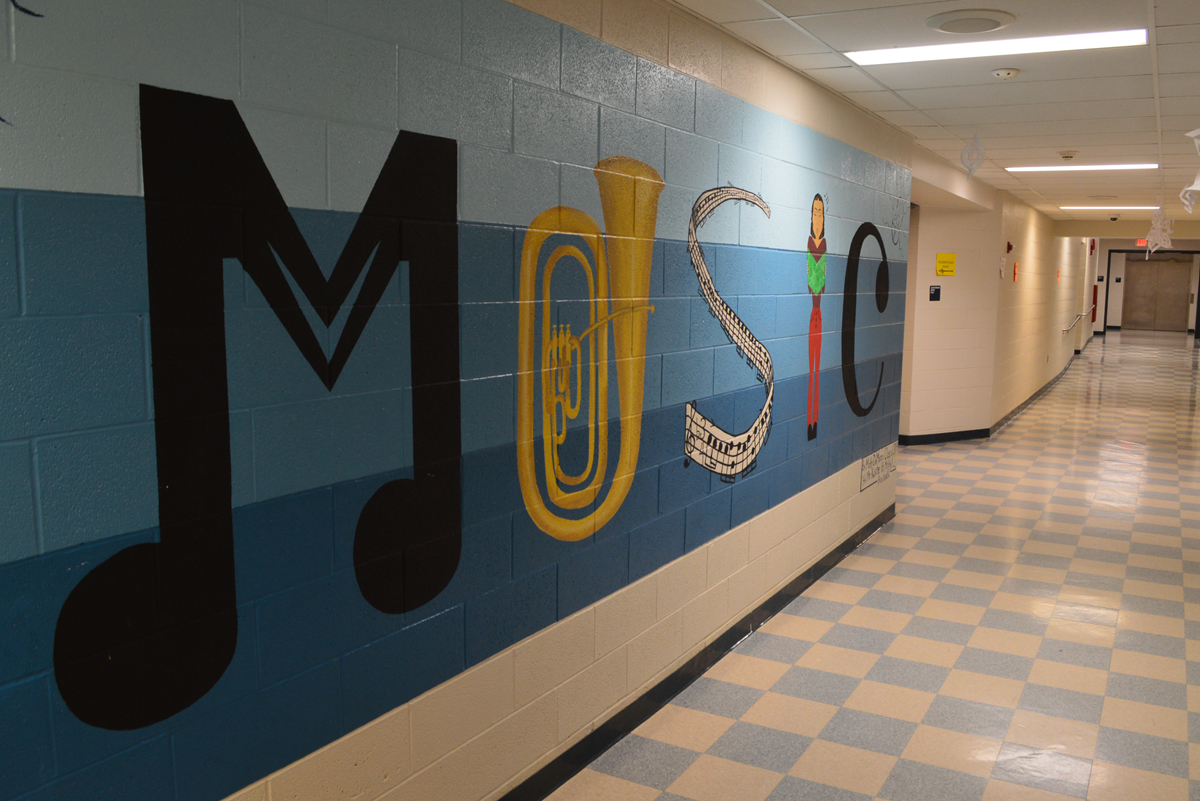 “I did this one first because it would be the biggest mural out of all three and because I felt like it was the most important. Without my mural there today, most people would not realize that that was the music section of our school. At the beginning, I had a painter and a muralist named Sean McLaughlin from the Arts Center of the Capital Region help me out. There were multiple ideas especially for this one from making the “M” a piano and making the “S” a bass. Out of all of the letters I like the “S” the best because it actually has awesome band music in it. The song is “Procession of the Nobles” by Rimsky Korsav, which we play in Symphonic Band. Since I play the trumpet, this song was especially significant. Also the trumpet on the mural is actually mine because I put my yarn on the ring hole of my trumpet.” 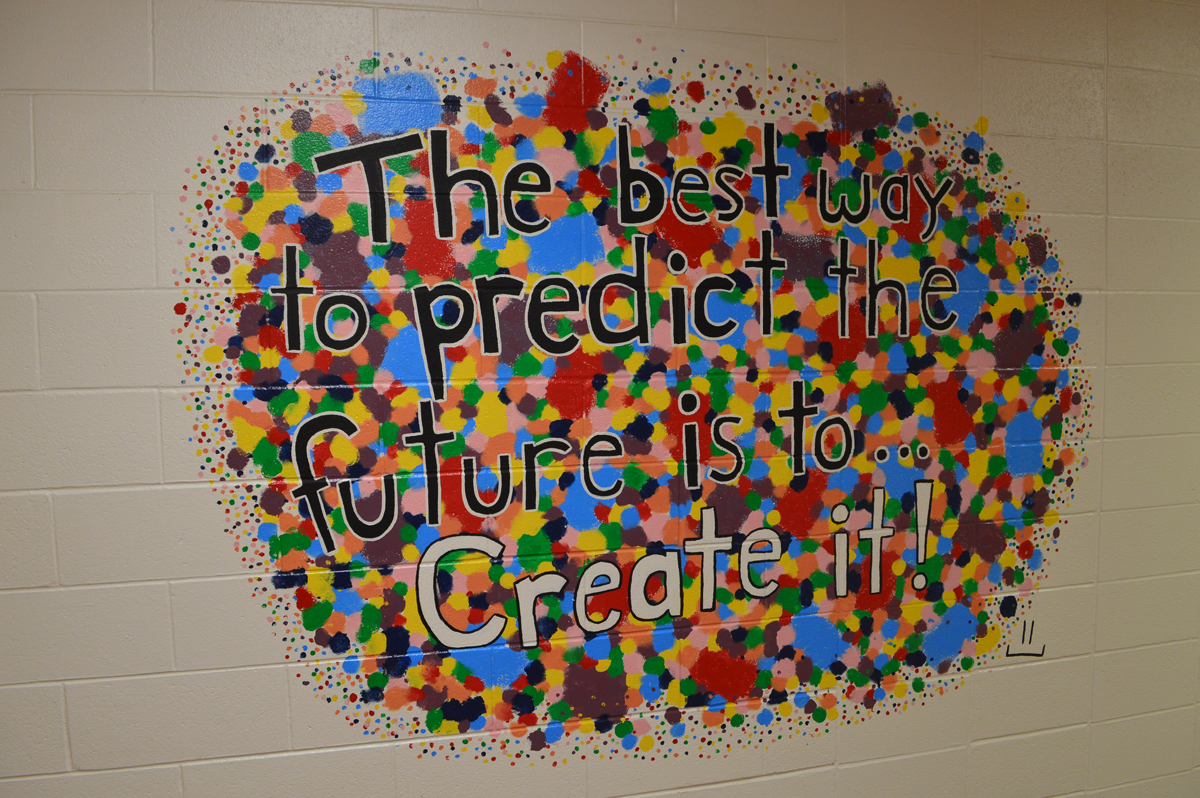 “I had no plan for this mural. I knew I wanted rainbow colors in the background and a really cute quote to go along with it. I had multiple sponges for the colors so I assigned one sponge to each color. I would just paint randomly on the wall and when my friends visited me they helped me do multiple colors. I think that I carried out my simple vision for this one because it really pops!” 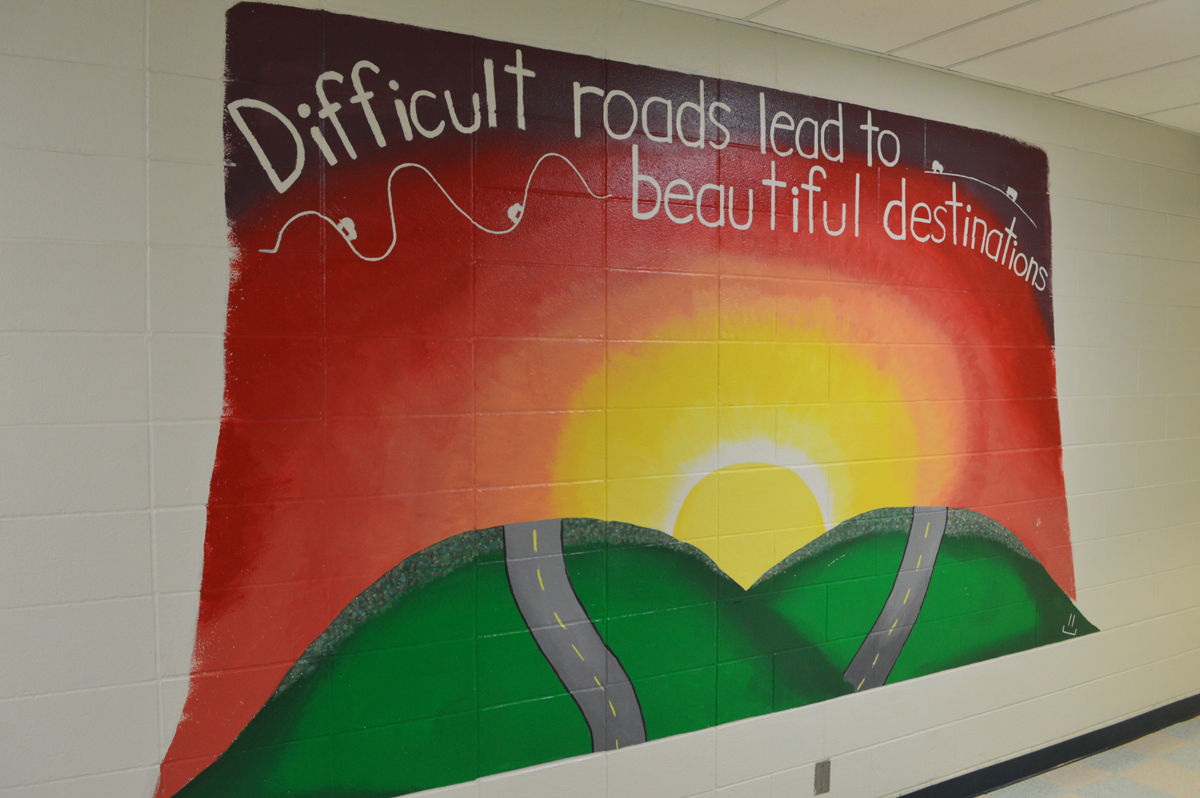 “Since this was my last mural I really wanted something with a hint of nature in it since most positive quotes have a pretty nature background. I thought the sunset was a really good idea behind the two hills with roads on them. I also purposely put the words in an arc just like the sunset. The main problem of this mural actually was the last day when I decided to draw the cute road before and after the words – the bumpy road to show difficulty and the smooth road for beautiful destinations. Fun fact: the last car on the right (the hippie van) is actually my dream car and I really want a cool car like that someday!!”

Check out this time-lapse video of Columbia High School student Molly DeMarco '19 painting a mural in the hallway of the music wing. Pretty cool!