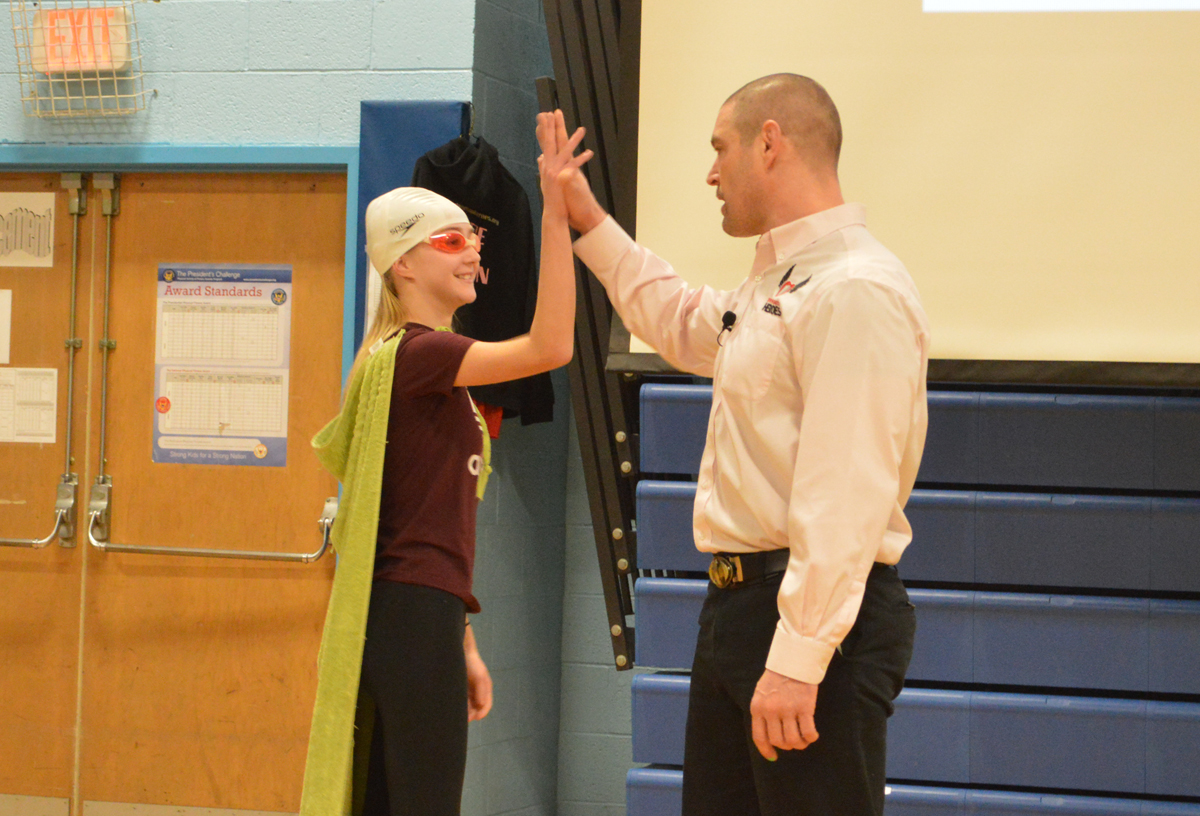 Students at Howard L. Goff Middle School took a break from English, math, social studies and science on Tuesday to learn lessons in empathy, kindness and courage. Each grade had its own assembly in the school gymnasium to watch an 80-minute presentation about anti-bullying from Sweethearts & Heroes.

The Sweethearts & Heroes presentation, led by former professional MMA fighter Tom Murphy, provides an A-B-C approach to stop bullying. It goes beyond awareness and focuses on victims, bullies and the bystanders who can be empowered to make a difference.

Mr. Murphy was joined by Rick Yarosh, a retired sergeant with the U.S. Army who was injured in Iraq with burns over most of his body. Mr. Yarosh gave a message about overcoming adversity and how students can give hope to one another. 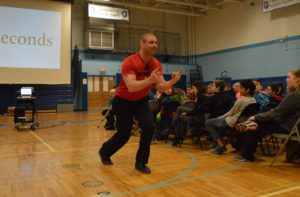 Throughout the presentation, Mr. Murphy acted as a superhero wearing a red Mr. Incredible t-shirt and teaching students to harness their own powers to become superheroes through brief demonstrations.


“Here’s the real reason young people don’t jump into action,” Mr. Murphy told the teachers in the audience, “We never taught them what to do.”

Mr. Murphy called the Sweethearts & Heroes A-B-C approach the “stop, drop and roll” of bullying. In the first demonstration, Mr. Murphy is bullying another person when a second student, with a towel draped behind them like a cape and wearing swim goggles and a swim cap, intervenes by taking the victim “away” from the situation. In the second situation, Mr. Murphy bullies a student, and after leaving, the superhero student walks over to the victim and becomes their “buddy,” asking if they are OK and consoling them. In the third scenario, Mr. Murphy is bullying a student and has the superhero student “confront” the bully, and if necessary, get backup from another student or teacher to diffuse the situation.

“We are extremely fortunate to have the Sweethearts and Heroes program visit Goff Middle School,” said Principal Wayne Grignon. “Rick and Tom’s message of positivity and how not to be a bystander and to ‘jump’ into action to help another is a crucial message to share with our students and the greater community. The interactive engagement between students and Tom and Rick only aided in helping to further instill in our students the importance of being the ray of hope in another person’s life.”

The presentations, which were also given to Columbia High School students last week, were sponsored by Alex Tronco and Northwestern Mutual who provided a $7,500 donation.

“We’ve brought Sweethearts & Heroes into this district on several occasions now, and that’s because it works,” said East Greenbush Central School District Assistant Superintendent James McHugh. “Students are more inclusive to make sure that they are welcoming their fellow students – whether it’s in the lunch room and someone is looking for a place to sit down or in a classroom looking for a partner to work with – students realize how their actions can help others.”