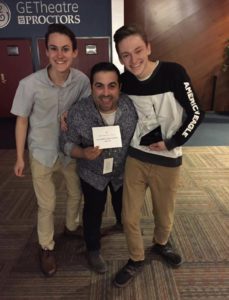 For the second year in a row, Columbia High School won Best Musical at the High School Musical Theatre Awards at Proctors in Schenectady. The Columbia Players won in 2018 for “Cinderella” and again this year for their performance of “Big Fish.”

The awards were announced on Saturday evening at Proctors.

“Being in Big Fish has truly been one of the best experiences of my life, and I’m sure that all of my castmates will agree,” said Ethan Ploss ’19, who played Edward Bloom, in his acceptance speech. “So much work has gone into making this show great.”