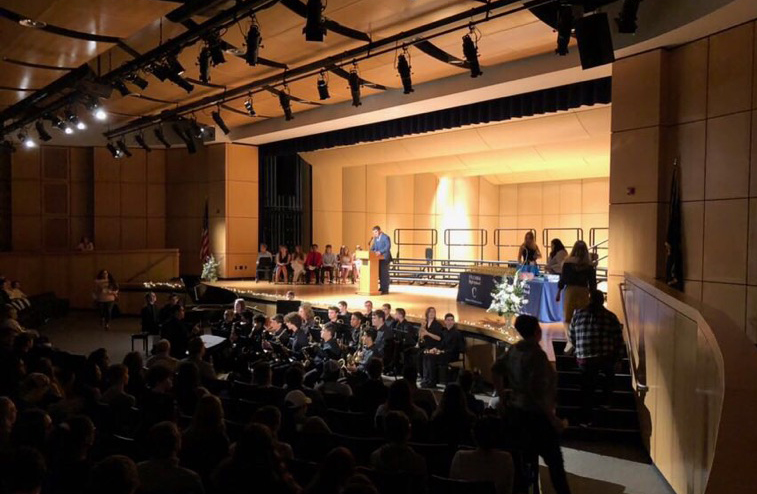 Seniors Sam Koblensky and Leif Haley highlighted the 2019 Columbian Awards on May 30 as they were named valedictorian and salutatorian, respectively. Both students have had accomplished high school careers, including weighted GPAs over 100. 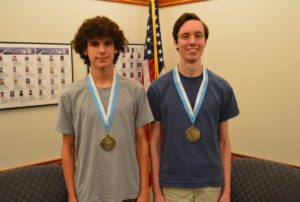 Sam Koblensky, left, and Leif Haley were named valedictorian and salutatorian, respectively, for the Columbia High School Class of 2019.

Mr. Koblensky will be attending Northeastern University in the fall where he will major in mechanical engineering and physics. He is a National Merit Scholarship Finalist, member of the National Honor Society, captain of the NYS champion Science Olympiad team, winning a bronze medal at this year’s National Championship event at Cornell University, competes on the Math League team and he plays saxophone in the school jazz band.

Mr. Haley will attend SUNY Binghamton in the fall. He is a member of National Honor Society, Science Olympiad, the Devil’s Advocate, Math League, Art Club and he was selected to participate in a statewide electronic music showcase at the New York State School of Music Association convention.

In total, more than 100 different awards were given to students for excellence in academic subject areas, performing arts, clubs and community service. Congratulations!