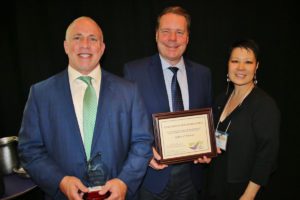 “The East Greenbush School District is a perfect example of how collaboration within an academic system can make a major impact on suicide prevention,” said New York State Office of Mental Health Commissioner Dr. Ann Sullivan. “These organizations have laid the foundation of a successful school and community partnership that meets the needs of children and families in the region. We thank everyone involved in this network for their hard work and commitment to suicide prevention.”

The East Greenbush Central School District was nominated for the award by Tina Yun Lee, community education and outreach manager for the National Alliance on Mental Illness of New York State. In her nomination letter, Ms. Lee, who also won the 2019 Suicide Safer Community Award, pointed to the district’s courage to talk about suicide while also promoting prevention, resilience and a commitment to social change. 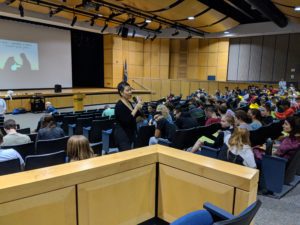 “EGCSD is setting the gold standard for other school districts by taking a pro-active, comprehensive approach and creating a suicide safer school by reducing factors that increase risk and increasing factors that promote resiliency and connection,” Ms. Lee said. “It takes a village to keep everyone safe from suicide and the district has created that village through collaboration with local and state organizations to prioritize mental wellness in their school community.”

The district has offered ongoing and extensive professional development for more than 500 teachers and staff. This includes emotional wellness and mindfulness training, addressing social determinants like sexual abuse and poverty, teaching best practices for establishing a trauma-informed classroom, and programs on self-care and stress management.

“It’s important that we normalize mental health concerns within our schools among students and faculty,” said Mr. Simons. “Students need to know that they are not alone in their experiences and that they can find trust, support and help among our school staff.”