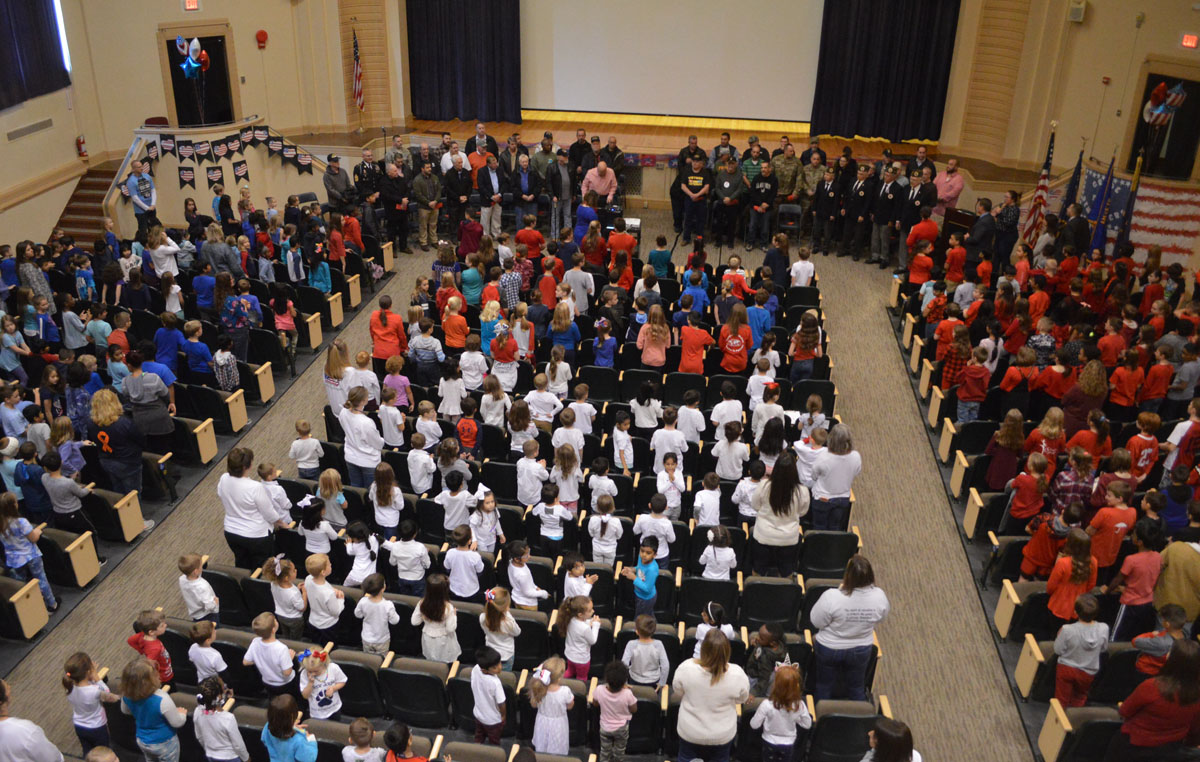 All around the East Greenbush Central School District, students, teachers and staff celebrated veterans this week. Each of the elementary schools hosted school-wide assemblies in which veterans were invited as special guests. Students performed songs, read poems and gave gifts to the veterans, all in recognition of their service to this country.

Columbia High School students joined veterans from the Melvin Roads American Legion Post 1231 at the gravesite of Melvin Roads to pay respects to all veterans. Band students and the Chamber Singer Quartet provided music during the ceremony.

And the Goff Middle School Student Council is coordinating a United for the Troops collection. Items such as snacks, toiletries and other comforts from home can be dropped off at the school by November 22. The items will then be shipped to servicemen and servicewomen overseas.

Such beautiful celebrations of veterans at our school-wide assemblies! #VeteransDay pic.twitter.com/qPld0e4HJF

Students and Faculty along with Melvin Roads American Legion pay respect to our fallen veterans. pic.twitter.com/zQtSiQU2F9