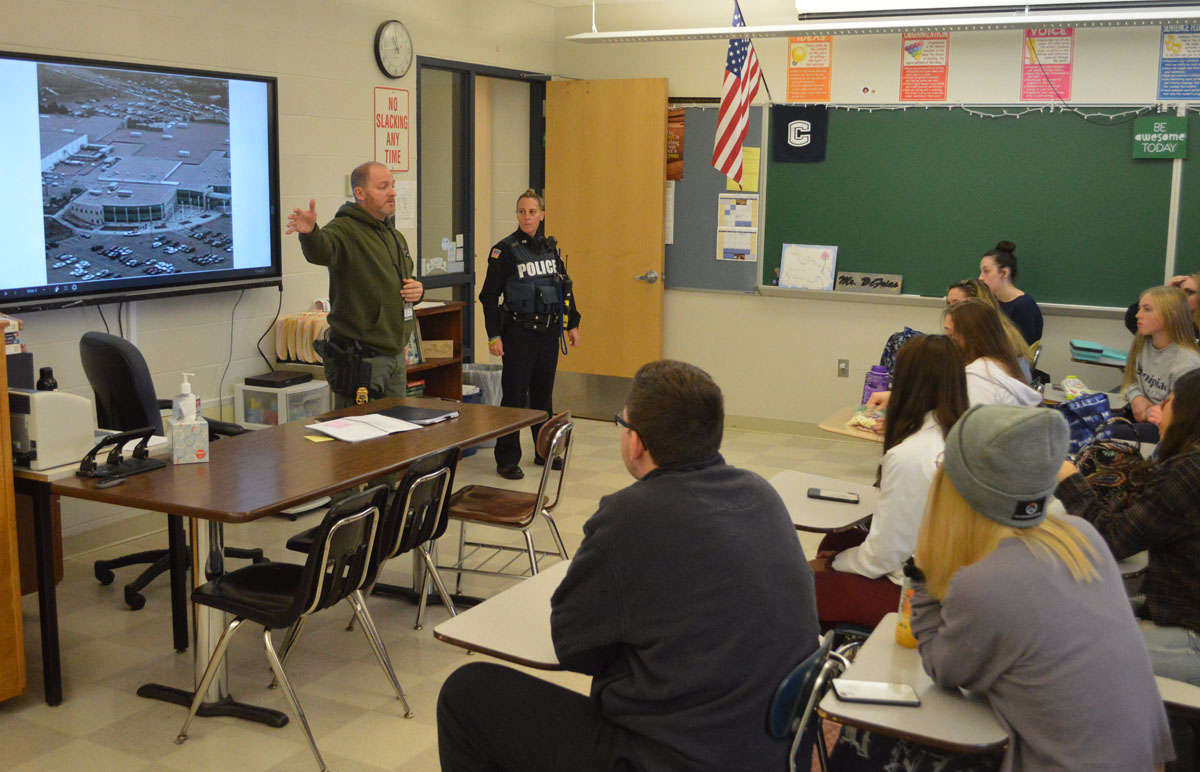 Sgt. Jay Martyn from the East Greenbush Police Department and a member of the joint SWAT team in Rensselaer County gives a presentation to students in Columbia’s Crime in Literature and Modern Society class.

The presentation was given by Sgt. Jay Martyn from the East Greenbush Police Department who is a member of the joint SWAT team in Rensselaer County. He was joined by School Resource Officer Marie Abraham, and together, they discussed changes in school safety protocols following the Columbine tragedy in 1999.

It was a follow-up to the students reading Dave Cullen’s “Columbine” in class, who thoroughly studied the event and its aftermath, including changes in police response to active shooter events and media coverage.

Sgt. Martyn, who has visited the class taught by English teacher Jason DeFrias each semester for the last few years, brought the SWAT van to Columbia so students could look at the equipment after the presentation.

“It’s one thing for my kids to hear about protocol and what we will do in my classroom in case of an incident from me, but an entirely more meaningful thing for them to hear it directly from the folks who will be running into the building when everyone else wants to be running out,” Mr. DeFrias said. “I have had nothing but positive responses from the kids in the time that Sgt. Martyn, and now, Officer Abraham, have visited my class. I am very grateful to them for their professionalism and their willingness to share their knowledge and experience with our kids.”

Thanks to Sgt. Martyn for visiting Columbia’s Crime in Literature and Modern Society class yesterday. He discussed changes in school safety and law enforcement protocols following the Columbine tragedy in 1999. pic.twitter.com/U9Djxo7lei