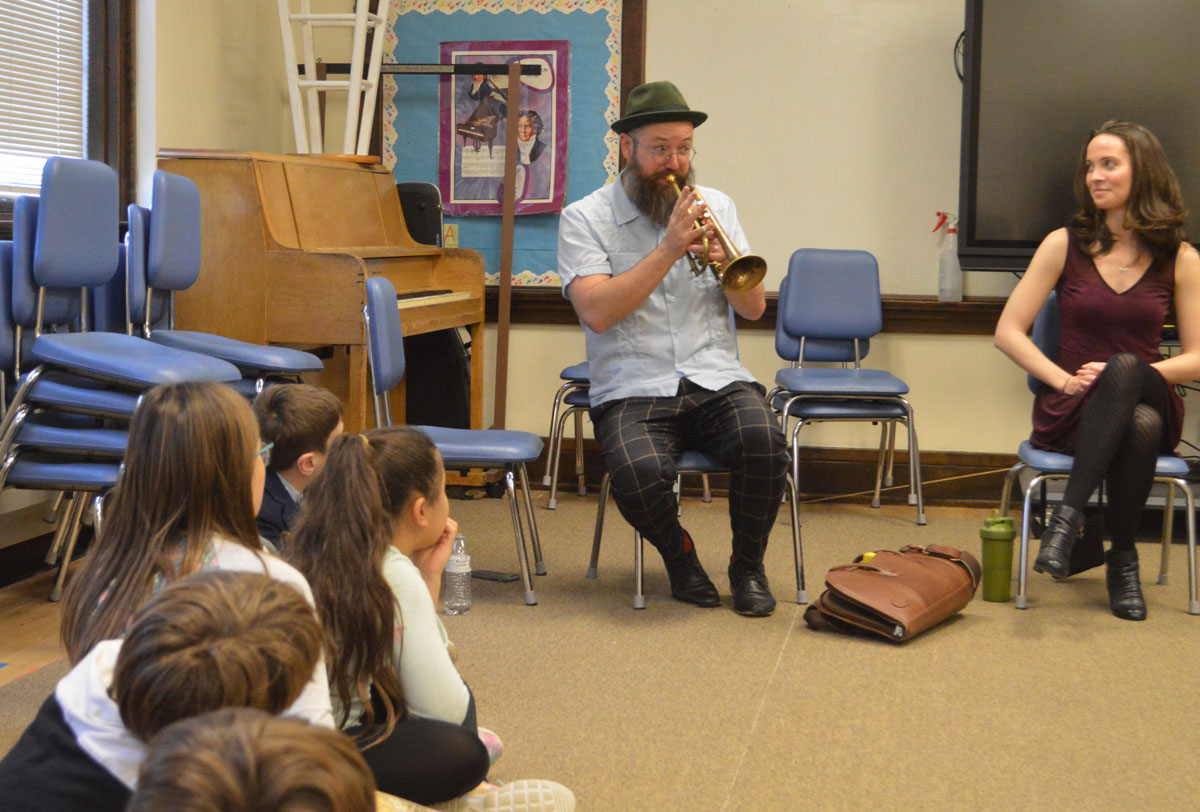 Kirk Knuffke, a musician with the Bridge Arts Ensemble, plays the cornet for students during a workshop at Donald P. Sutherland Elementary School on Wednesday.

For the second year in a row, each of the East Greenbush elementary schools were visited by classically trained musicians from the Bridge Arts Ensemble Program. The musicians performed concerts and led workshops with specific instruction for small groups last week. 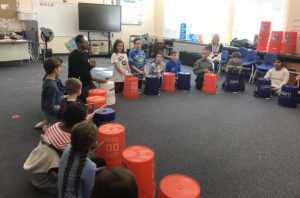 Cory Cox, a drummer with the Bridge Arts Ensemble, leading a bucket drumming activity with Green Meadow students on Thursday.

The program was offered to East Greenbush Central School District through the Washington-Saratoga-Warren-Hamilton-Essex BOCES and funded by an anonymous donor.

The Bridge Arts Ensemble included two vocalists, a pianist, drummer, cellist and cornet player. They worked with the students to teach the elements of music, different instruments and how music can enhance storytelling.

“The day after the visit from the Bridge Arts Ensemble, the students wanted to talk about what they learned from the musicians,” said Bell Top and DPS Music Teacher Maggie Glennie. “The building staff were talking about them, too. They are skilled performers. They are very kind, insightful teachers.”

The Bridge Arts Ensemble Program will be returning in the spring to work with Columbia High School and Goff Middle School students.

In the “Musical Storytelling” class, students act as musical directors for their own original stories by choosing music to go along with their setting, which is hot, dry, stormy, dark and full of tigers. pic.twitter.com/QebUAxGnj8