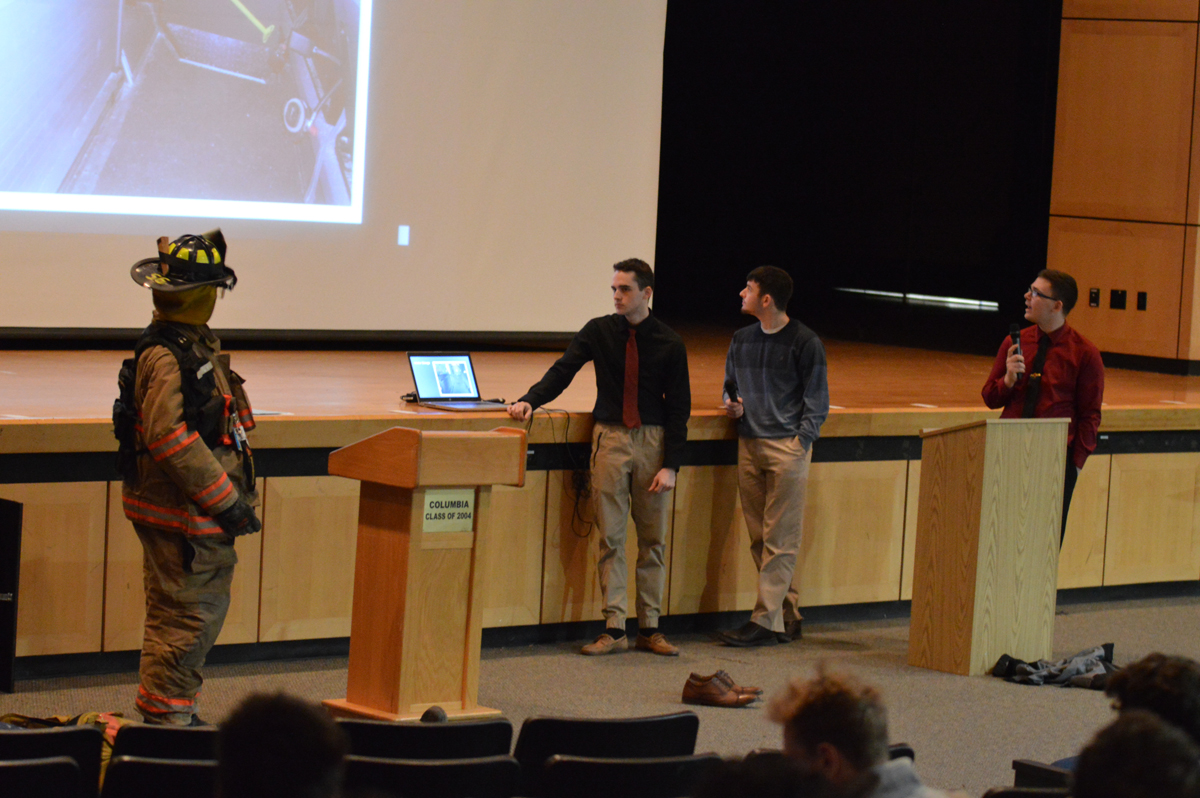 Columbia High School students in the Participation in Government class acted as state legislators on January 9, proposing bills to classmates during presentations and then lobbying for votes.

At the end of the school day, all of the students in attendance voted for one bill that they would like to see made into law. The winning bill was proposed by Jacob Memole, Jacob Simpson and Frank Rainville and would provide firefighters in cities with bulletproof vests.

Legislative Day, coordinated by social studies teachers Kelley Sheraw and Dan Wagner, is one of the many ways students at Columbia learn about civics and government relations.

Mr. Wagner applauded the winning presentation for their use of visuals and a guest speaker, saying “The students did a great job of bringing awareness to the public of a problem that many people did not know about.”

Jack Conway, Supervisor for the Town of East Greenbush, spoke to the students at the start of the event. 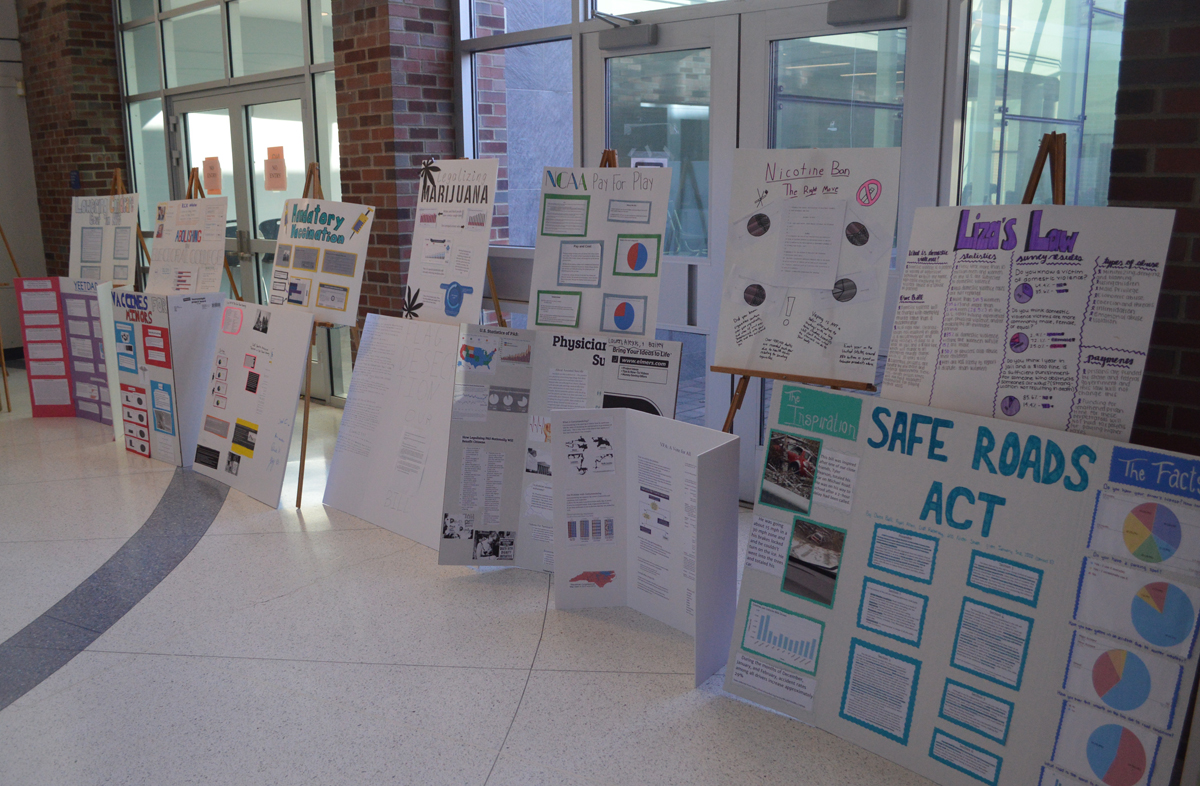 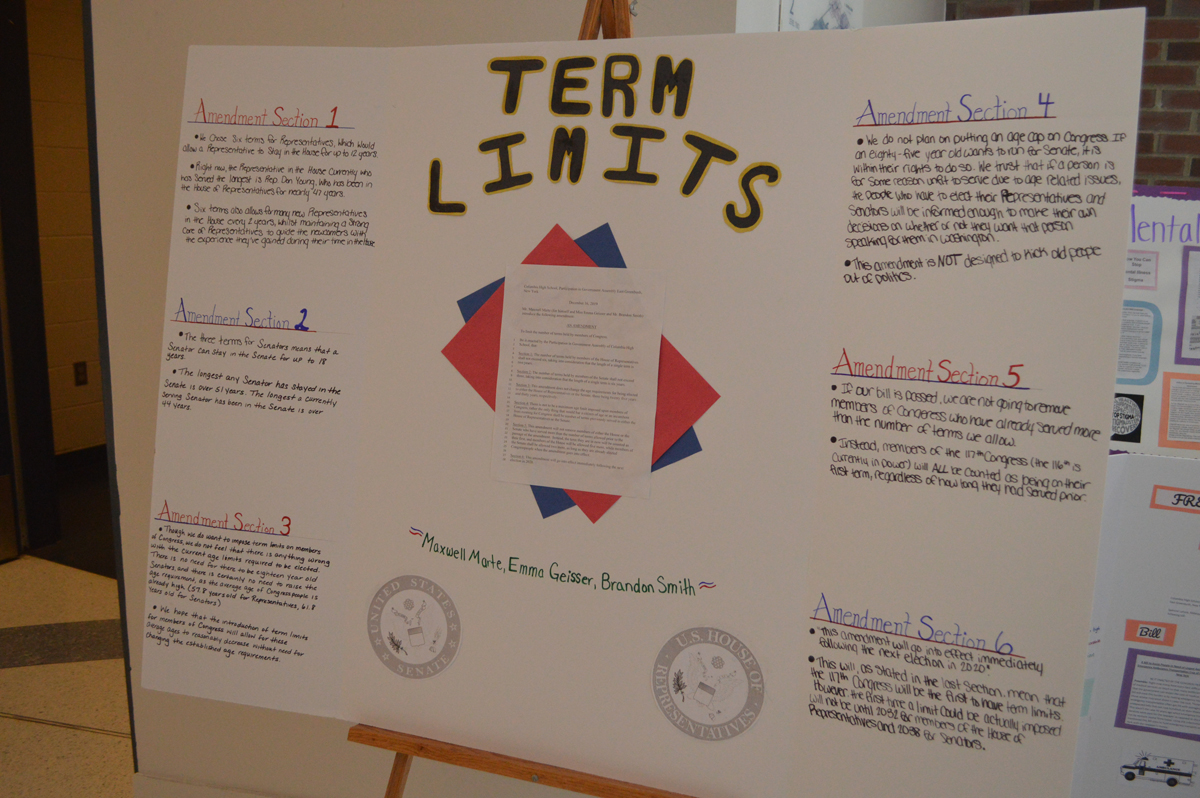 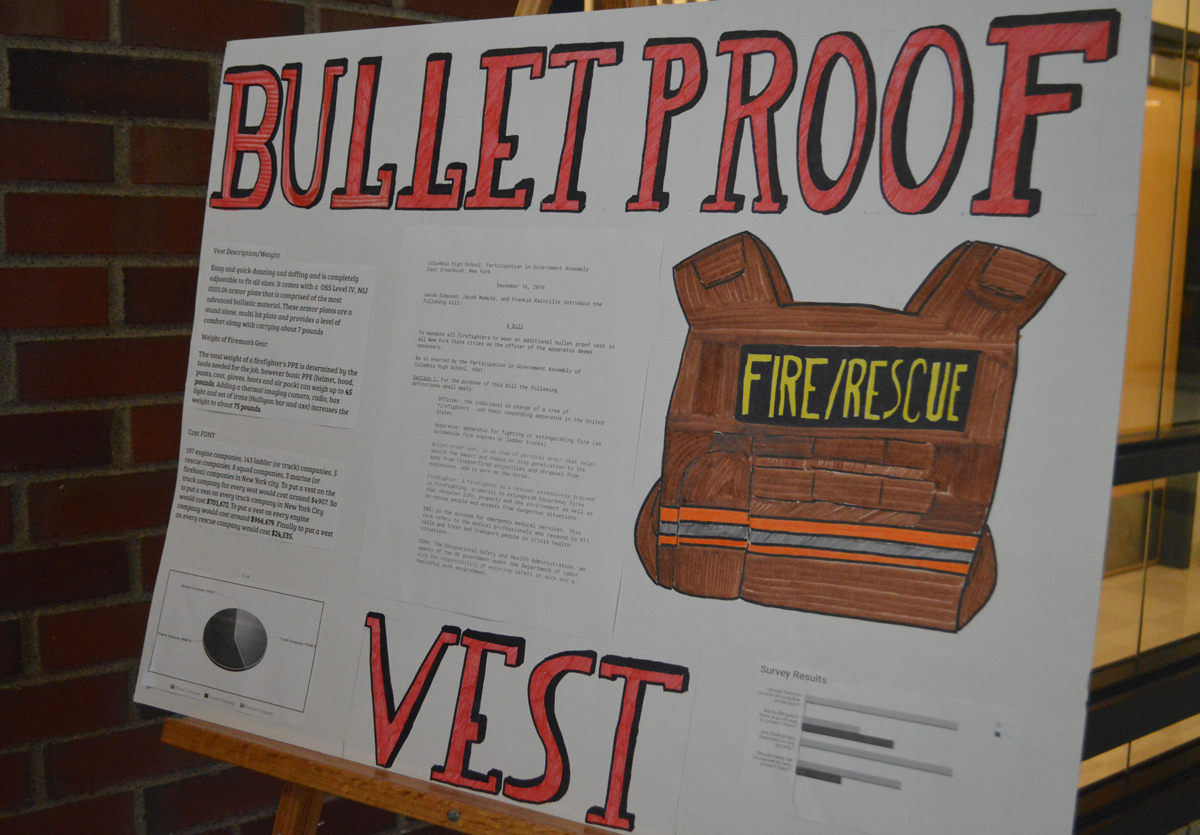 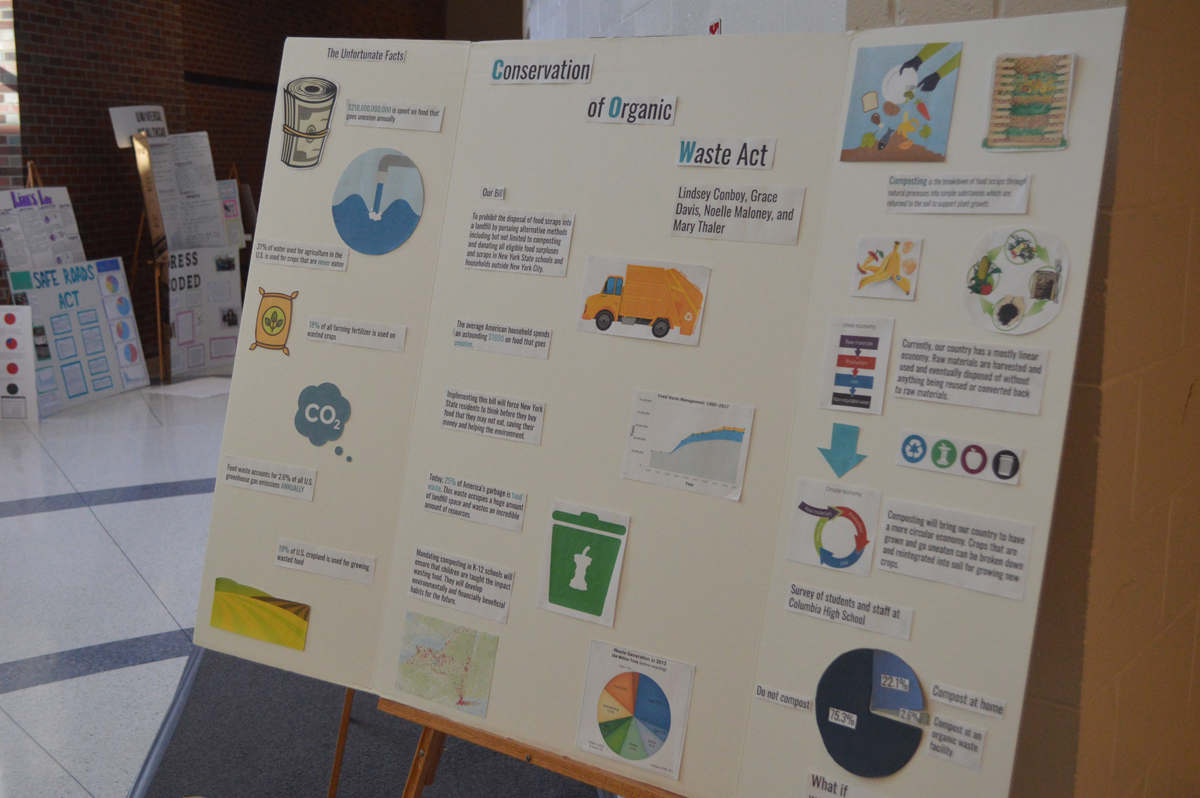