Columbia Hosts Siena Physics Professor for ‘Dinner with a Scientist’ 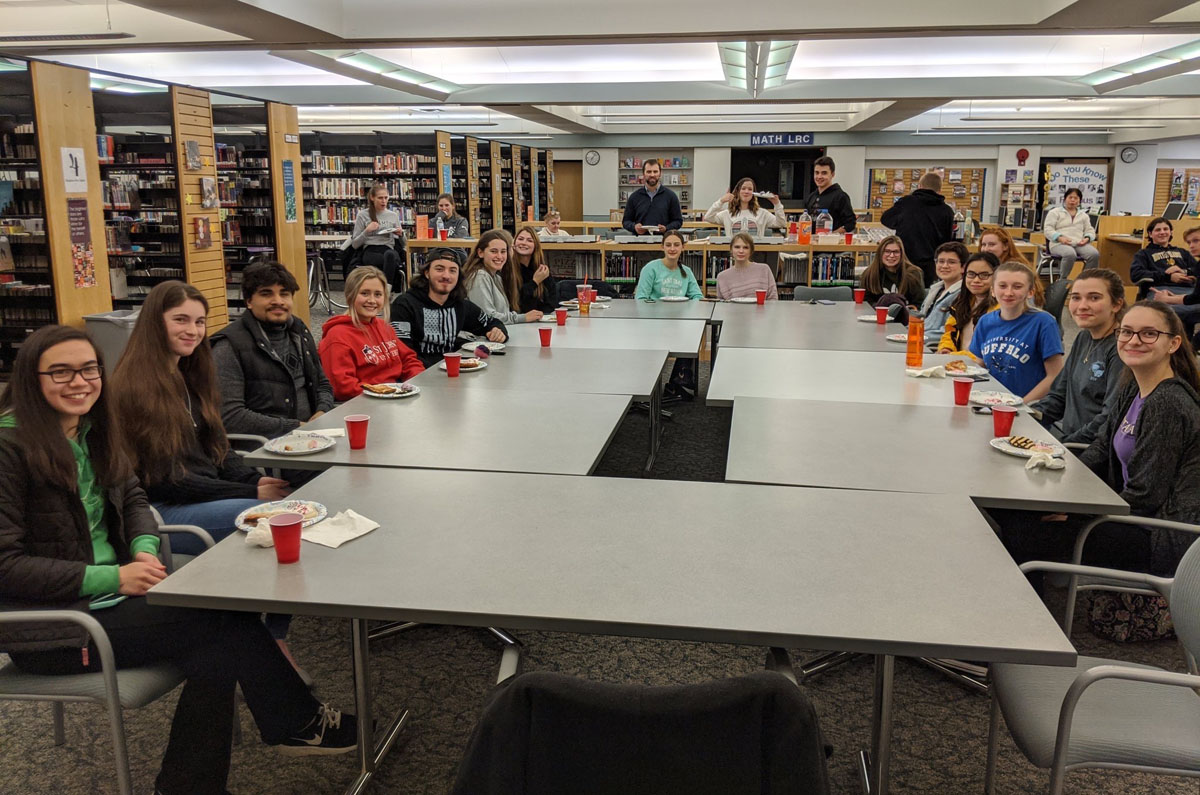 Columbia High School’s Science National Honor Society hosted Dr. John Moustakas, a physics professor from Siena College, for Dinner with a Scientist on Thursday evening in the Columbia library. The event offers students and community members a chance to sit down with local scientists and discuss research and career trajectory while being served a free pizza dinner.

Dr. Moustakas is an observational astronomer and studies the formation and evolution of galaxies over the 14 billion year history of the universe.

After Dr. Moustakas spoke about how he decided to pursue a career in physics, and what his education was like, he spoke about his research and what it’s like to be a science student at Siena. Dr. Moustakas stressed the importance of a balanced education with the ability to effectively communicate being the keystone holding a well-rounded student together. Dr. Moustakas fielded questions ranging from black holes, to dark energy, to the ethics of terraforming, and to the future of astronomical discoveries.

More than 25 students, teachers and community members attended the event.

“I have always been really interested in astronomy, so it was really cool to be able to talk to someone who works in that field,” said Addy Phoenix ’20. “It was great to learn about dark energy and how it is causing the universe to expand.”

Had a great time talking with more than 30 high school students in the Science Research group at @Columbia_HS_BD tonight! Lots of fun stories about being a scientist and doing science, but especially lots about @sienaphysics and @desisurvey! #STEM #outreach #astronomy #physics pic.twitter.com/DpUdrgC3Wr