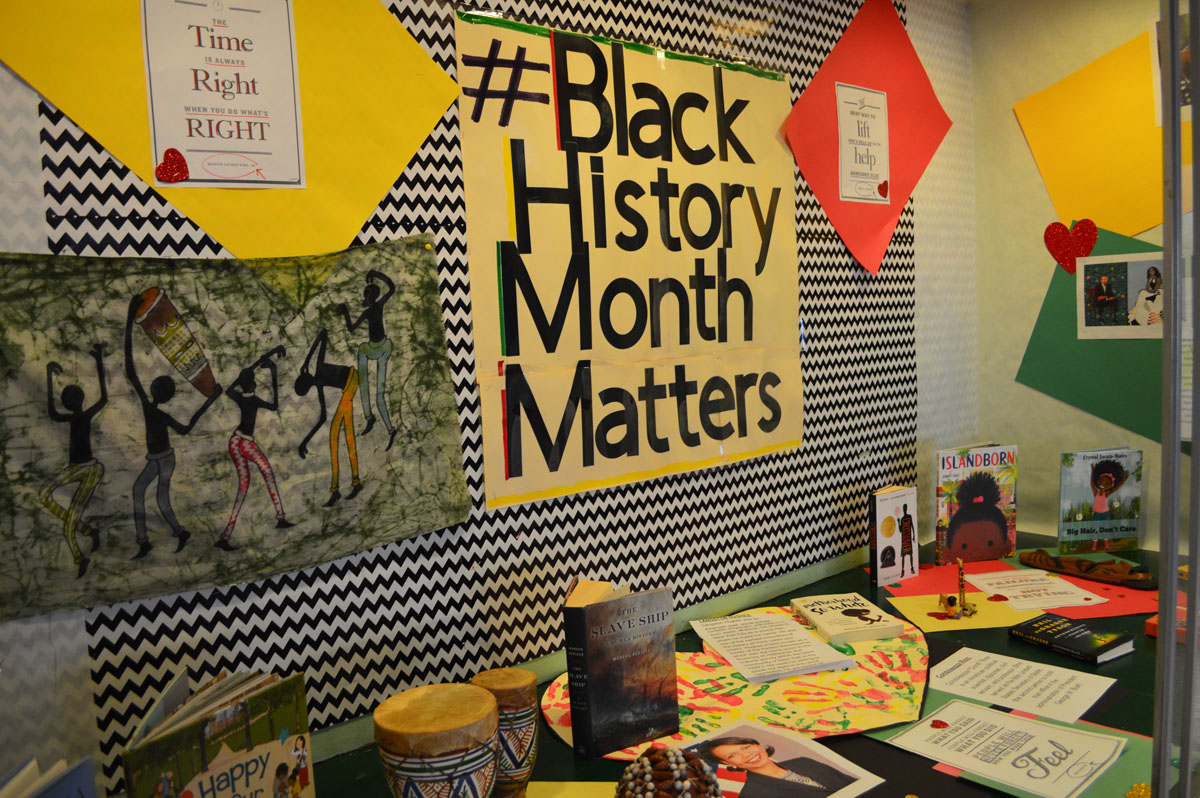 Howard L. Goff Middle School has been celebrating Black History Month throughout February. The activities were organized by teachers Karen Anderson-Green and Rachel Mathis and meant to recognize the many contributions made by African Americans throughout U.S. history.