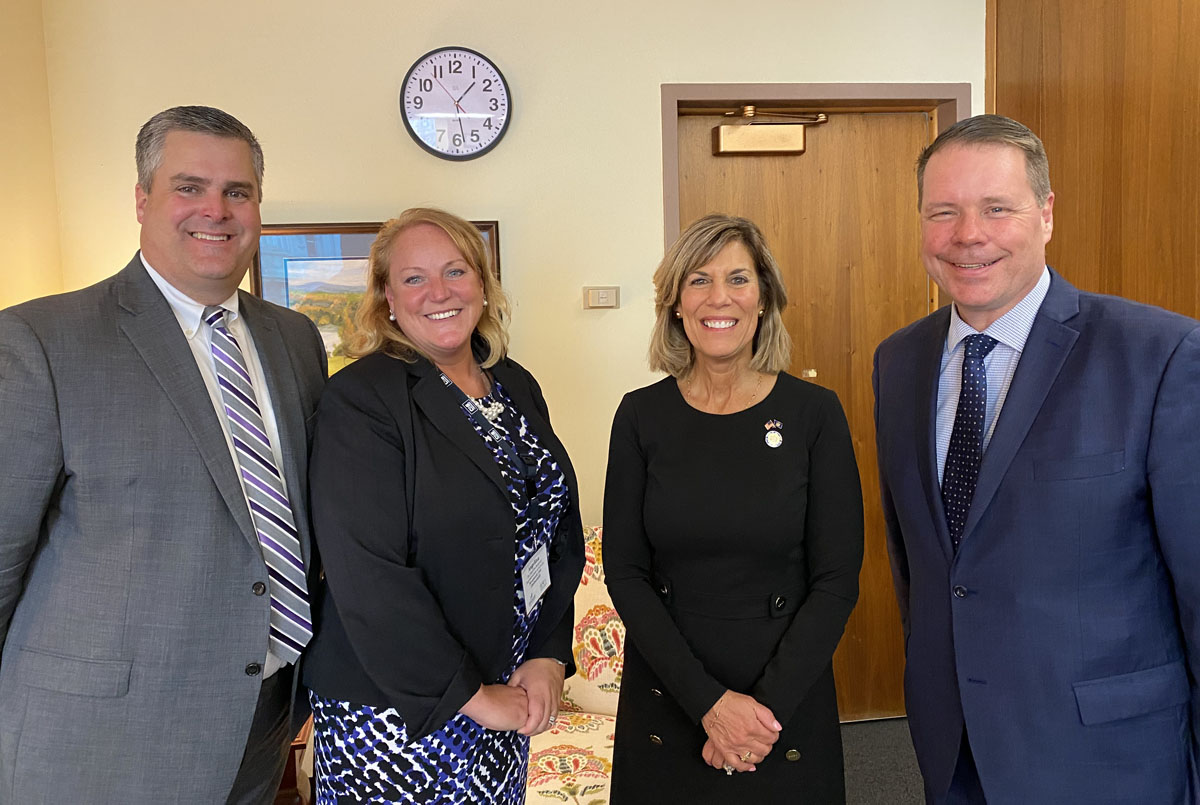 Superintendent Jeff Simons joined with other regional superintendents on Tuesday to meet with state legislators as part of an advocacy day at the New York State Capitol. Mr. Simons met with Assemblyman Jake Ashby’s office, Assemblyman John McDonald and Senator Daphne Jordan who all serve communities in the East Greenbush Central School District. Additionally, he met with representatives from Senator Neil Breslin’s office. 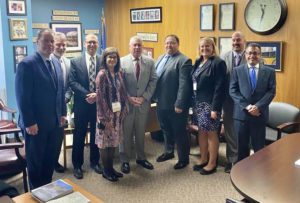 Mr. Simons used the meetings as a follow-up to the Advocacy Forum hosted at Columbia High School in January, which was organized by a group of 10 local school districts, including East Greenbush, to discuss the issue of state aid with legislators.

In the governor’s proposed budget, East Greenbush CSD would only receive a 1% increase in Foundation Aid for next school year. This proposed increase continues to follow a trend in recent years in which state aid increases to the district are less than the cost of living and far less than anticipated increases in expenses to maintain programs and services to students.

“I am grateful for the time given to us by our legislative representatives,” Mr. Simons said. “The goal of our advocacy efforts is to ensure a final state budget which includes additional state revenues for our district in order to sustain academic and extracurricular programs for students and remain sensitive to our local taxpayers.”