Budget Vote and Board Election

The East Greenbush CSD Budget Vote and Board Election is scheduled for Tuesday, May 18. Polls will be open 7 a.m. to 9 p.m. at Bell Top, Donald P. Sutherland, Green Meadow and Goff. Please be advised that school parking lots will be busy due to school buses and parent pickup and drop off at the following times: Bell Top, DPS and Green Meadow (8:45-9:00 a.m. and 3:20-3:35 p.m.) and Goff (7:25-7:40 a.m. and 2:35-2:50 p.m.). Residents can also vote by absentee ballot. An absentee ballot application is required. Visit egcsd.org/budget for more info.

The East Greenbush Teachers Association is proud to announce its 2020 scholarship award recipients, seniors Michael Digman and Isabelle Lewis, who both have aspirations to teach. 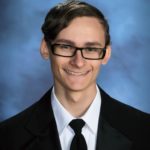 Mr. Digman, the four-year EGTA award recipient, will begin his studies this autumn as a Music Education major minoring in Jazz and Chemistry at SUNY Potsdam’s Crane School of Music. At Columbia, he has been a first trumpet member of Jazz Band and Symphonic Band and a captain of the varsity cheerleading team who was selected to attend a leadership class last summer at the annual NCA cheerleading camp. Outside of school, he is active musically, too, as a member of the Empire State Youth Repertory Orchestra and Repertory Jazz Band. In the Yankee Doodle Band, Mr. Digman has played in spring and summer parades; each year, he has also played “Taps” at Columbia’s  Veterans’ Day ceremony. He has worked as a cashier at a local supermarket since 2019. 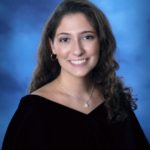 Ms. Lewis, the two-year EGTA award recipient, will begin her studies this autumn as a Math major minoring in Physics at Siena College. A cellist, she serves as the President of the Chamber Orchestra; she also has sat as the first chair in the PIT for the school play. Ms. Lewis has served as the team captain for varsity volleyball and various travel league volleyball clubs. At Columbia, she has been a member of SAS Club, Math League, and Amnesty International. Outside of school, she has played in a quintet that has performed at the State Education Department, Hawthorne Ridge, and the Albany Veterans Hospital. Ms. Lewis also teaches small groups of young students to play the cello and works in childcare at the East Greenbush YMCA.

According to Mr. Frederick Rudofsky, Teacher of English 11-12 and Chair of the EGTA Scholarship Award Committee, the EGTA has given out over $266,000 since 1964 to Columbia graduates who go on to programs either for K-12 teaching certifications or associate degrees in a variety of fields.

“Congratulations to Michael and Isabelle, who will be outstanding educators in their chosen fields,” said Mr. Rudofsky. “The EGTA is honored to support the post-secondary plans of these two talented seniors from the Class of 2020.”