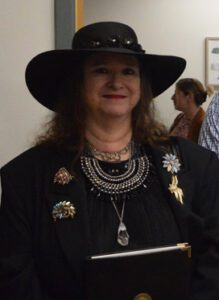 Susan Garrigan-Brooks passed away on December 11.

Susan Garrigan-Brooks, a former member of the East Greenbush Central School District Board of Education and a longtime supporter of East Greenbush schools passed away on December 11 after a long fought illness.

Ms. Garrigan-Brooks served on the Board of Education from 2011 to 2015, helping to lead the district through challenging times in public education that included funding cuts related to the Great Recession and new state and federal education laws. She served as a board representative on the committees for Education, Policy, Technology, Finance & Audit, and Athletic Code of Conduct.

Through all of it, Ms. Garrigan-Brooks advocated for and celebrated students, teachers and the East Greenbush school community.

“Susan cared deeply about the district and school community and gave many hours of volunteer service to support the education of our students,” said Mike Buono, Board of Education President. “You couldn’t ask for a more dedicated person to the East Greenbush Central School District.”

“I had the good fortune to work with Susan on both the BRAC Committee and occasionally through her service on the Education Foundation Board,” said Superintendent Jeff Simons. “She often spoke of the success of our district’s graduates in her work with students at the college level. Almost every time we posted something on Facebook about our district, faithfully, Susan would offer a positive, supportive comment about our schools. She was an advocate for all things EG!”

Even after death, that support has continued, as donations in her memory are being directed to the East Greenbush Education Foundation, Friends of the Blue Grapplers/Gridiron or another nonprofit that serves the students of East Greenbush.