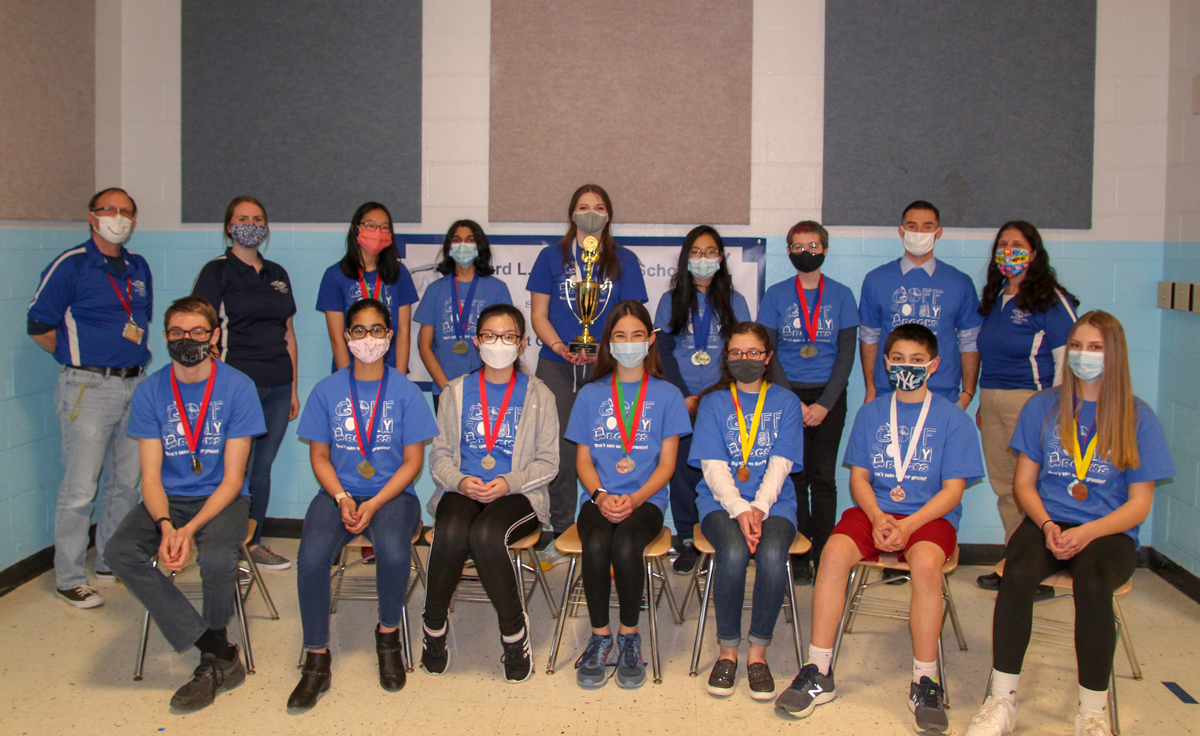 The Goff Science Olympiad team placed first at the Capital District Science Olympiad Regional Competition on Saturday, March 6. The regional title qualifies them to compete at the New York State Finals on April 17.

“This year has been quite challenging since all of competitions have been online,” said Science Olympiad Coach Donnamarie Vlieg. “On the positive side, we have been able to compete in some very prestigious competitions like the Harvard-Brown competition where the team earned four medals and the University of Michigan competition where we earned eight medals against nationally ranked teams. The team members have learned to work together with a spirit of positivity and cooperation to compete in the virtual environment. It has been very hard to feel like a team since we are never together so everyone was so thankful that we were able to celebrate our regional success at an awards ceremony where the students were presented with their medals and our first place trophy.” 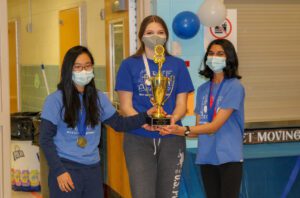 The team members this year are: 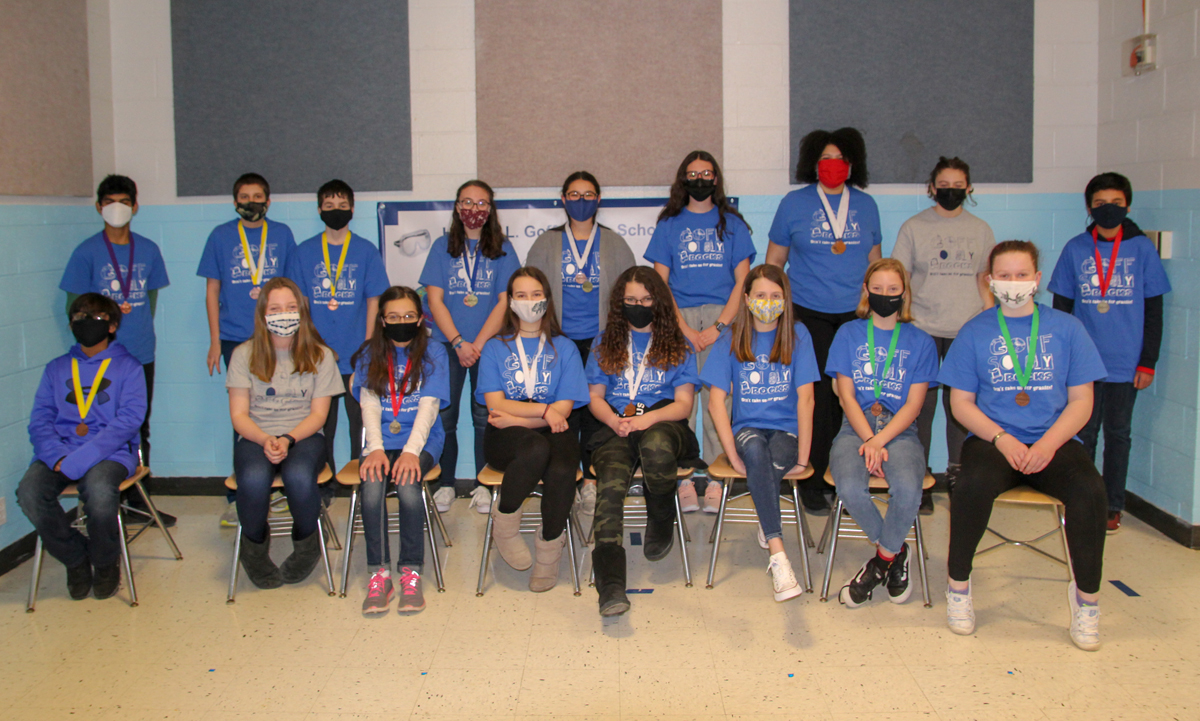 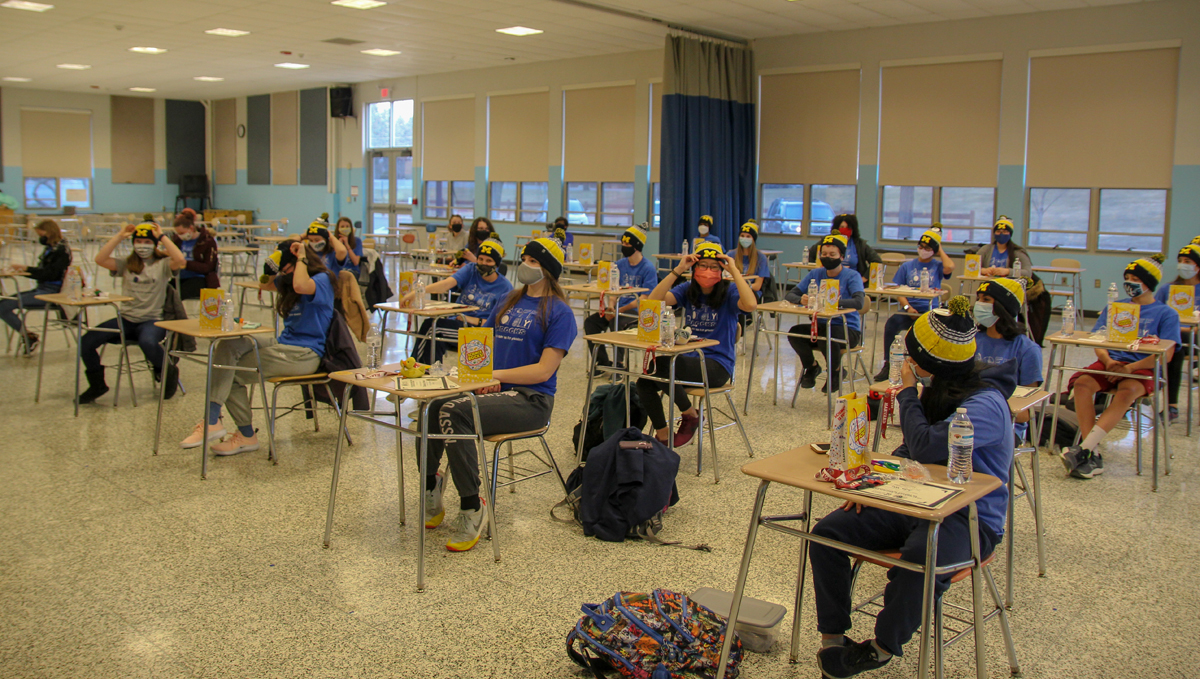 Goff Science Olympiad students received the regional championship trophy and goodie bags at a recognition ceremony in the school cafeteria.