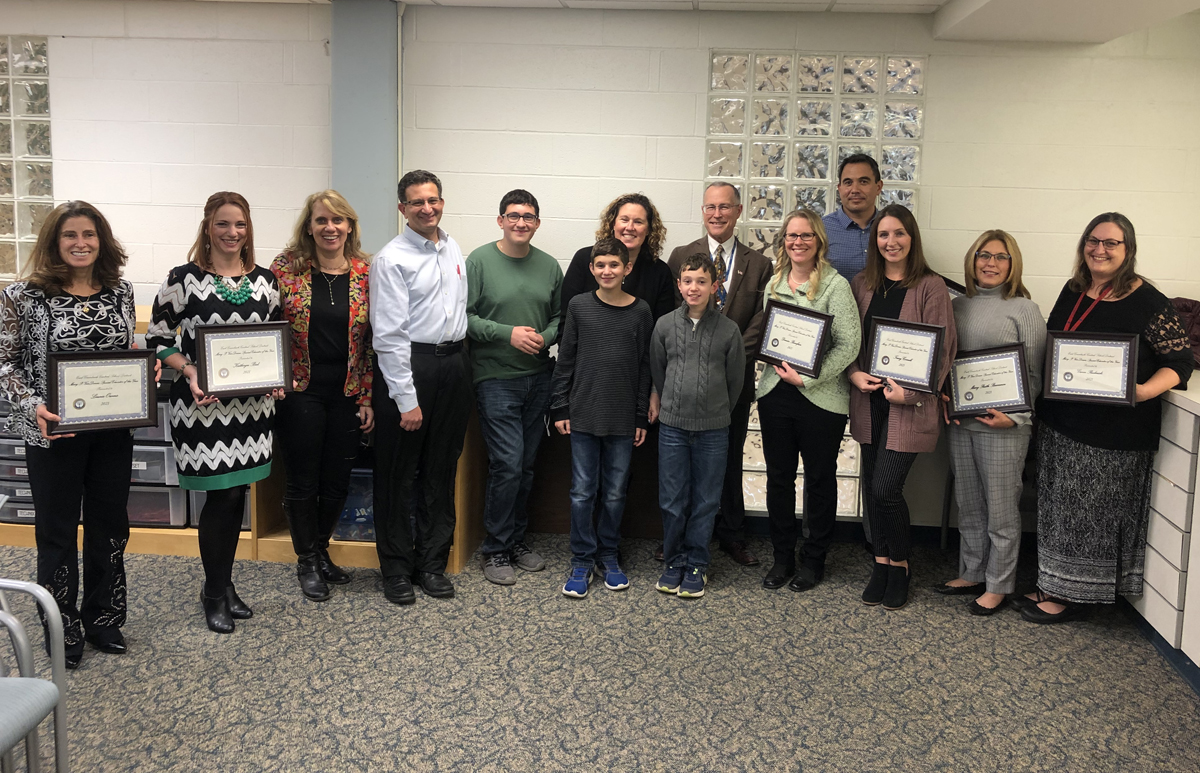 Bell Top Elementary School teachers and staff were nominated for the Mary P. Van Derzee Special Educator of the Year award by the Mosden family. The award was presented by the Pupil Personnel Services department and Parent Support Group for Students with Disabilities at a Board of Education meeting on December 1.

In the East Greenbush Central School District, all students are given the opportunity for success regardless of their background, academic level, social emotional needs or any other challenge they may be experiencing. This is especially true for students who require special education services and it is why the Mary P. Van Derzee Special Educator of the Year award is given annually to an East Greenbush Central School District employee who goes above and beyond for students with special needs.

This prestigious award, which is sponsored by the Parent Support Group for Students with Disabilities, was presented to a team of Bell Top teachers and to a recently retired secretary from the Pupil Personnel Services department at Wednesday’s public Board of Education meeting.

Bill Coyle, who retired as Assistant Director of Pupil Personnel Services in June 2020, but has returned this fall in an interim role, presented the award to the following individuals at the meeting.

“I’ve had the pleasure of working with all of them over the years and I can say from personal experience they are each very dedicated, very hardworking and deserving of recognition,” said Mr. Coyle.

The team of Bell Top staff was selected for their outstanding contributions to a student who moved to the district last year and whose medical delays have impacted his physical and academic functioning. The student made remarkable progress academically in 2020-21, even amidst the pandemic, advancing 10 reading levels. He also became more comfortable attending school and received supports for speech, OT and PT.

We celebrated our Special Educators of the Year at this week’s board meeting and heard the AMAZING impact our teachers and staff have had on a student and his family. https://t.co/m6xUK8UJ7d via @YouTube

“From (the) very first meeting, our son has been supported by an amazing cast and crew and each has played a significant role with his inclusivity and building of his skills,” his parents wrote in their nomination letter.

“It is so easy to just focus on our son’s leap in reading success – as it truly astounded the entire team; but here’s the bigger picture … Bell Top has become such an amazing turning point for all of us because at Bell Top our son has been recognized for his many strengths and he is supported with his struggles. There is no greater feeling for us to see our child accepted and respected for who he is,” they wrote. 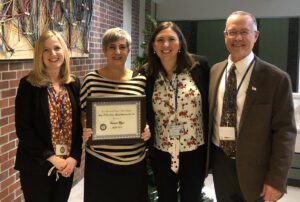 Tamara Wager receives the Mary P. Van Derzee Special Educator of the Year award at a Board of Education Meeting on December 1.

In addition to the Bell Top team, Mrs. Wager received the Mary P. Van Derzee Special Educator of the Year award for her contributions to the PPS department, which oversees special education. Mrs. Wager spent nearly 15 years as a secretary in that office, serving as the first point of contact for families and students. Her welcoming and patient attitude helped parents who had questions or concerns about their child’s education. And, in recent years, she has been instrumental in orienting new administrators and support staff to the department.

Congratulations to the Mary P. Van Derzee Special Educator of the Year recipients!