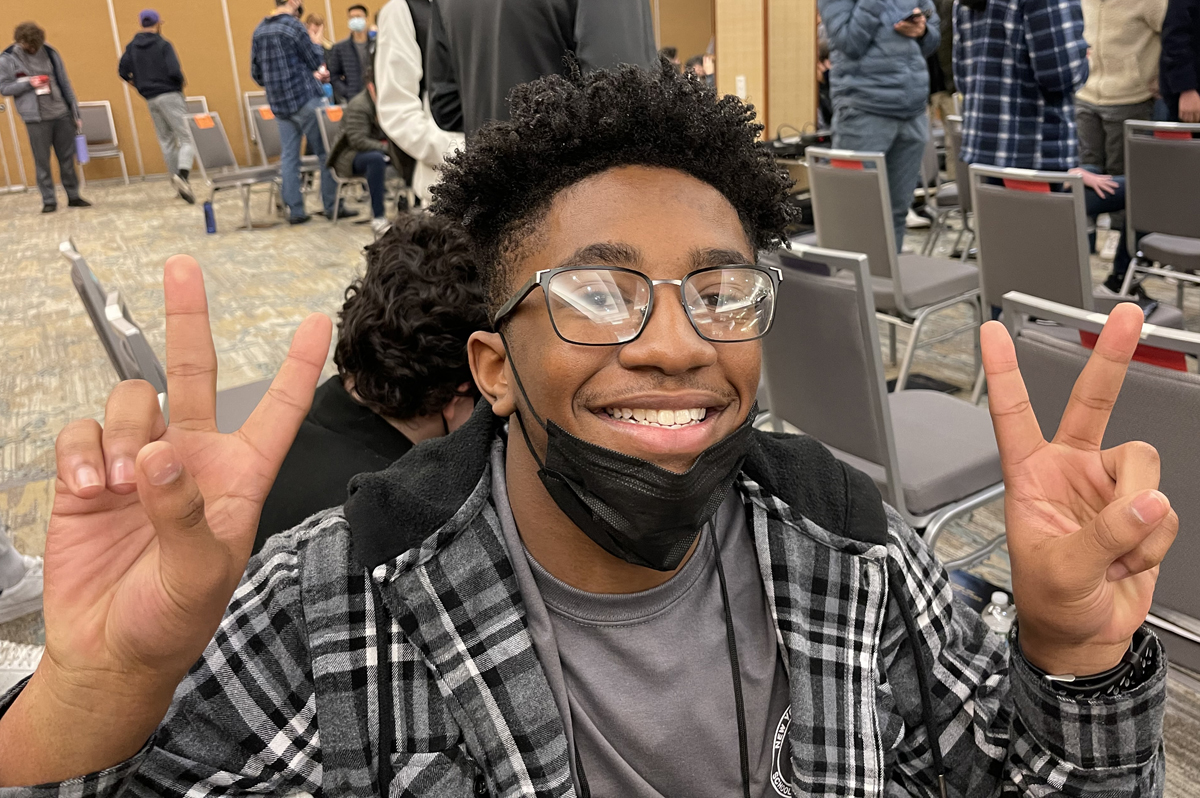 Columbia High School senior LayVon Scott ’22 received two impressive honors this school year as he was selected to both the All State and All National music festivals.

Mr. Scott, a Tenor 2 in the Columbia Chamber Singers, auditioned for and was selected to participate in the NYSSMA All State Music Festival which was held in Rochester this past December.

At the All State Music Festival, Mr. Scott performed in three days of rehearsals with choral students from around the state which culminated with a concert in the Kodak Hall at the Eastman Theatre. He also attended college fairs for music students and enjoyed free time to socialize with other high school students.

“They were amazing people,” he said. “It was just so much fun.”

Mr. Scott was also selected to the National Association for Music Education All-National Honor Ensembles Mixed Choir. That ensemble performed at a national online concert which was held virtually in January. Mr. Scott was one of only 240 vocalists from across the country selected to the mixed choir.

Congratulations to all members of the #NYAllState21 Mixed Chorus who performed @EastmanSchool Saturday evening! Best wishes for the upcoming holiday season and get home safe! pic.twitter.com/O1bk4FfYhC

“It was nice being surrounded by people who truly care about music,” said Mr. Scott. “It uplifts you. Everyone is so talented so it pushes you to sing to the best of your abilities.”

Mr. Scott plans on attending college after graduating from Columbia. He is interested in studying music and psychology.