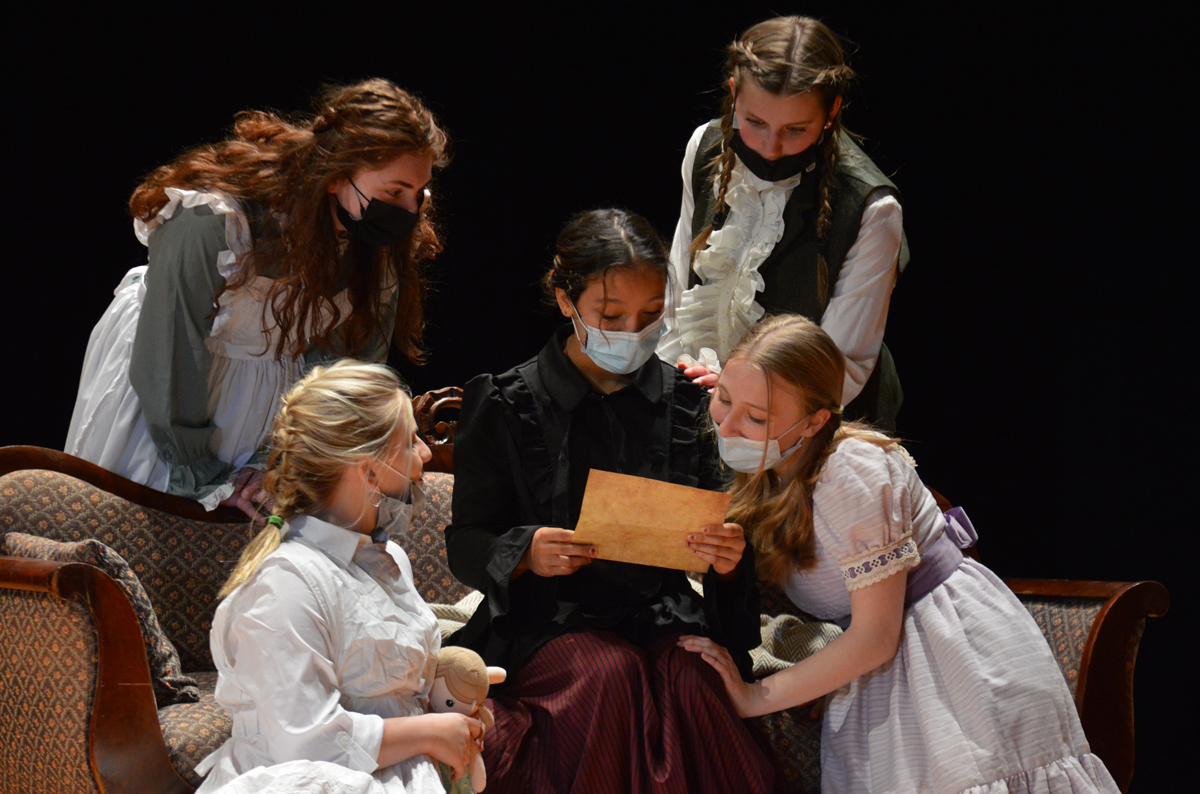 The Columbia Players at a dress rehearsal for “Little Women” on Tuesday, March 1 in the school auditorium.

The Columbia Players are performing “Little Women” on Friday, March 4 and Saturday, March 5 at 7 p.m. in the high school auditorium. Tickets are available at the door and cost $12. It is the first time since 2020 that the high school musical will be performed in front of a live audience.

We stopped by dress rehearsal on Tuesday afternoon to speak with Marianna Loomis ’22 who plays Amy March and Roan Butterfield ’24 who plays Professor Bhaer. 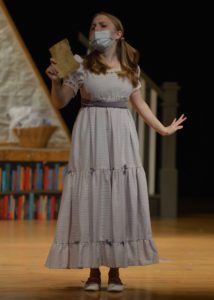 Marianna Loomis as Amy March in the musical “Little Women.”

Q: How are the rehearsals going?
A: It’s a lot of fun. We’ve all become good friends.

Q: What do you like about your character?
A: My character is very dramatic. She has a lot of personality in the show. She does some really terrible things but she also grows up throughout the show so you can see every stage of her life. It’s just cool to have all those changes throughout the show.

Q: Had you ever read the novel before or seen any of the adaptations?
A: I’ve watched a lot of the movies and my mom tried to get me to read the book when I was younger. I always loved watching the movies.

Q: What is your favorite part of the show?
A: Probably the fight scene between me and Jo because we’re so close and it’s just fun to have that connection between us even though we’re angry with each other. 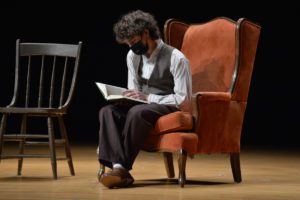 Roan Butterfield as Professor Bhaer in the musical “Little Women.”

Q: What do you like about your character?
A: I love how reflective he is. He has a really nice scene in Act 2 when he’s reflecting about his life and he realizes that the life he is living is not the one that he wants. He would much rather pursue something else.

Q: What do you like about this musical?
A: I like how it flows. The placement for the musical numbers is very nice.

Q: What is your favorite part of the show?
A: My favorite part is at the very end. It’s a song called “Small Umbrella in the Rain” between myself and Maddie Gruber who plays Jo and it’s a full circle moment.

Q: How do you feel about being able to perform this show in front of a live audience?
A: I think it’s really exciting because, with COVID, we haven’t had something like this for a really long time. It’ll be really nice for everyone to be back together and watch a show. We’re going to have a lot of fun.